With the now renowned navigation team of Dan and Court at the helm of the convoy it was “go” for the Motorlife excursion. The Z cars straggled out of “Big Daddy’s” with the red 320kw twin turbo leading the way. After a series of quick turns through roundabouts and backstreets the convoy hit the Hume Motorway. 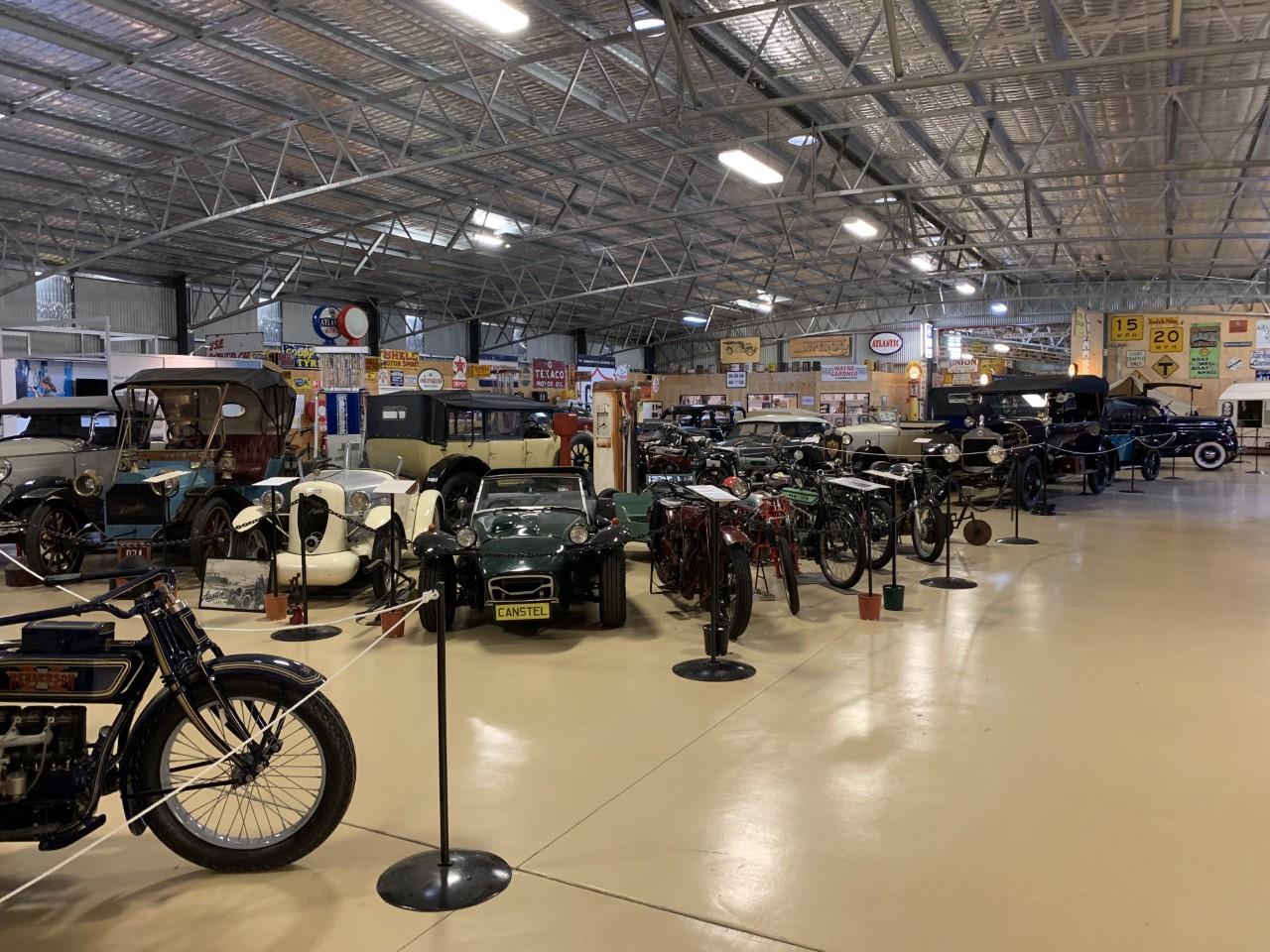 There was a lot of traffic darting in and out of the convoy along the way, but as it was a straight run at this point in the journey – there was no problems with visibility and keeping in touch with the lead vehicles. After about 36 kms into the trip – the Picton Road, Wilton turnoff presented itself and the convoy entered the slip road.

Brian, Barbara and Brett had managed to move into the fast moving traffic flow a couple of cars ahead of the convoy – and were spotted by the leading cars. This was a more expedient solution than trying to join the convoy from the rear. 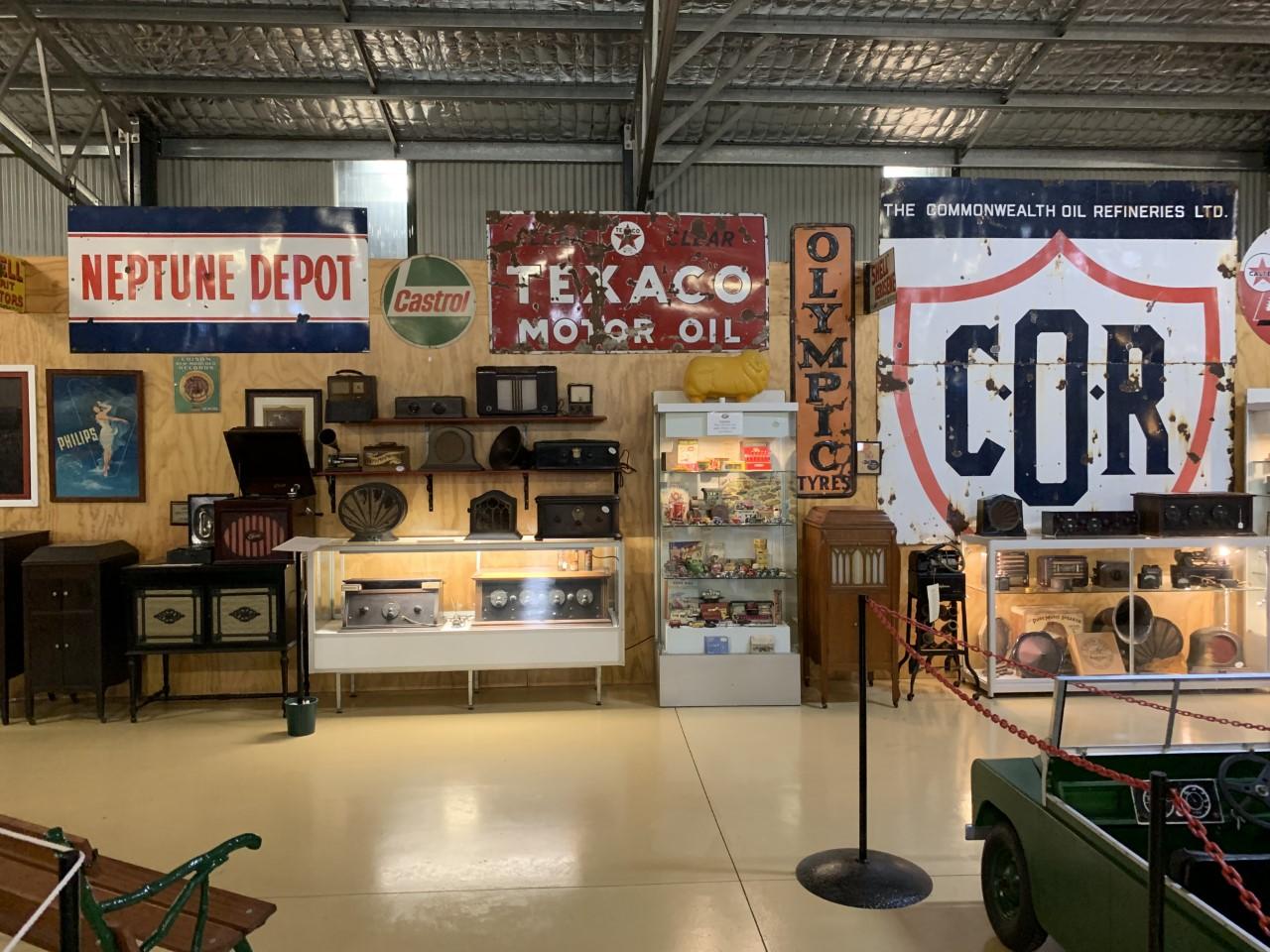 It was a fairly free flowing run towards Wollongong at this point, and the convoy, overall was making good time. Proceeding to the Kanahooka Road off ramp at Brownsville led the convoy finally to the Darkes Road location of the Motorlife Museum.

Ray had tried, prior to the excursion date to negotiate the entry fee to the Museum in light of the envisaged number of Z car members attending – but the price was fixed at $15 per head for groups. The previous $10 entrance fee for NRMA members was also no longer available. 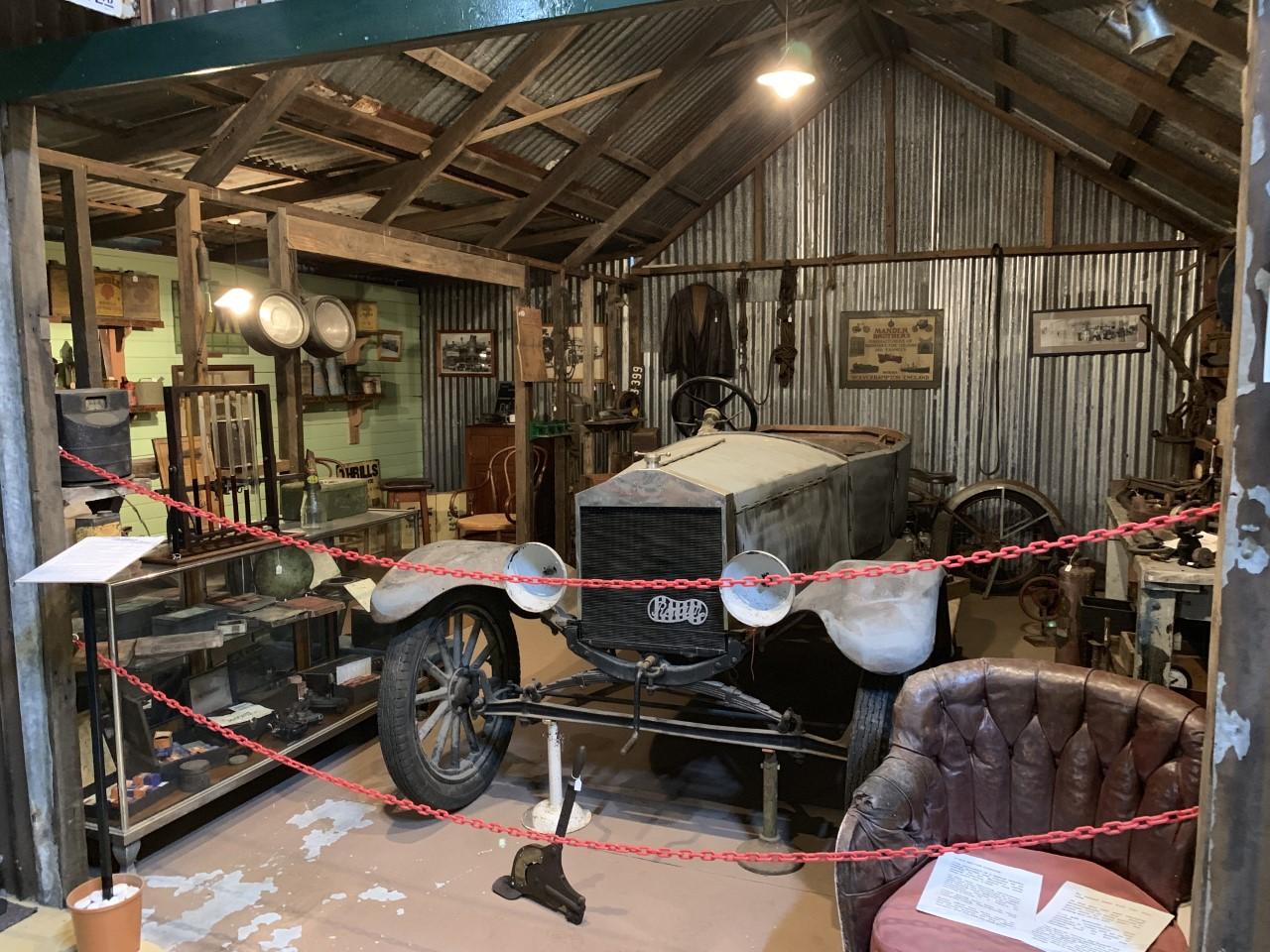 The Motorlife Museum is really unique in having a substantial range of rare and exotic motor vehicles spanning decades of motoring. Some of the “later models” was an FX and FJ Holden approximately 67 and 64 years old respectively.

It was noted that the John Lennon mannequin had been shifted from its original position in the MGA convertible (two years ago) to a park bench in the museum. Must be some valid reason! 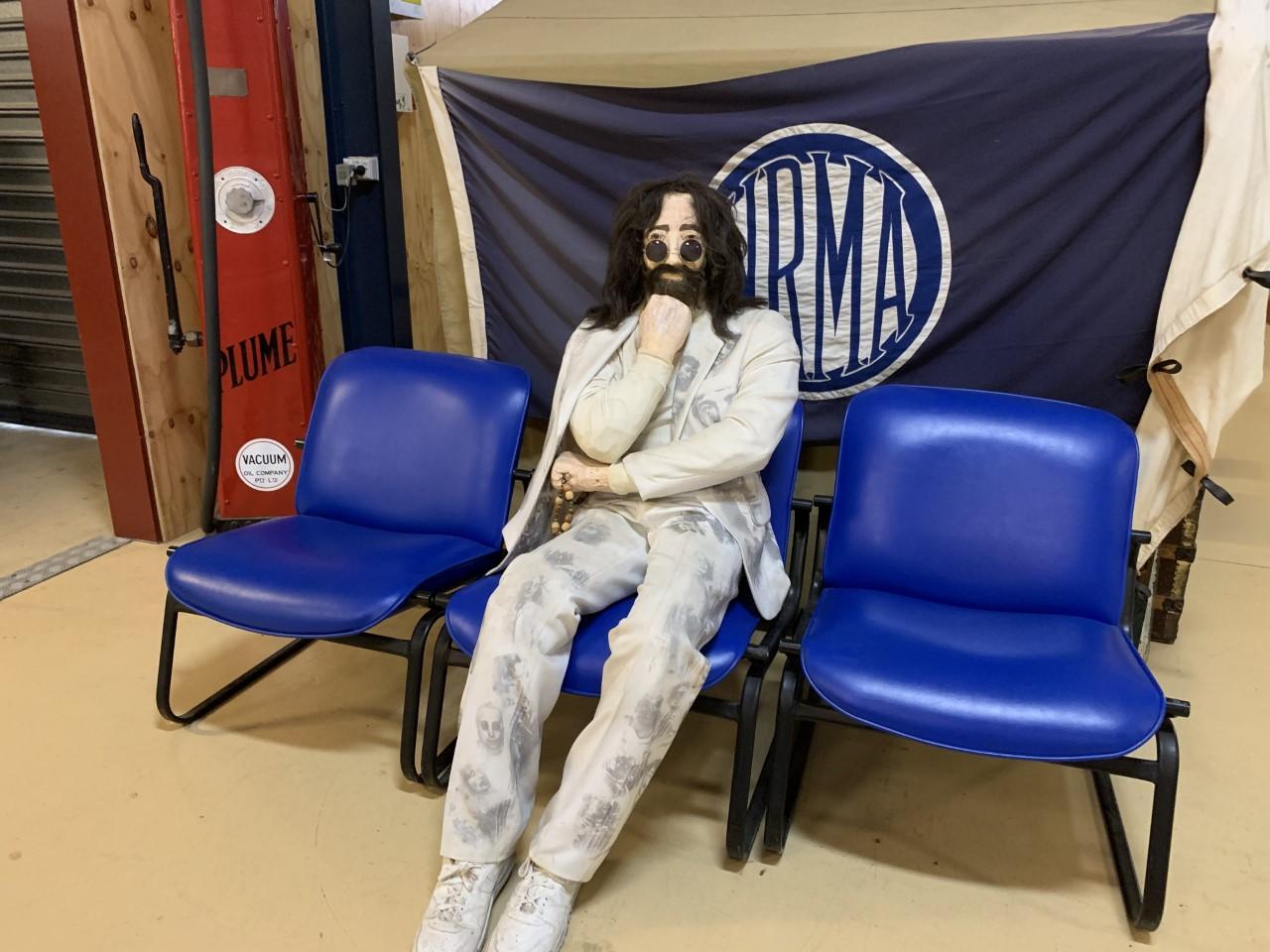 There are a lot of displays – so a good two hours can be spent to thoroughly examine the exhibits. As well as the motor vehicles, there are displays of vintage typewriters, telephones and other memorabilia of the different eras. 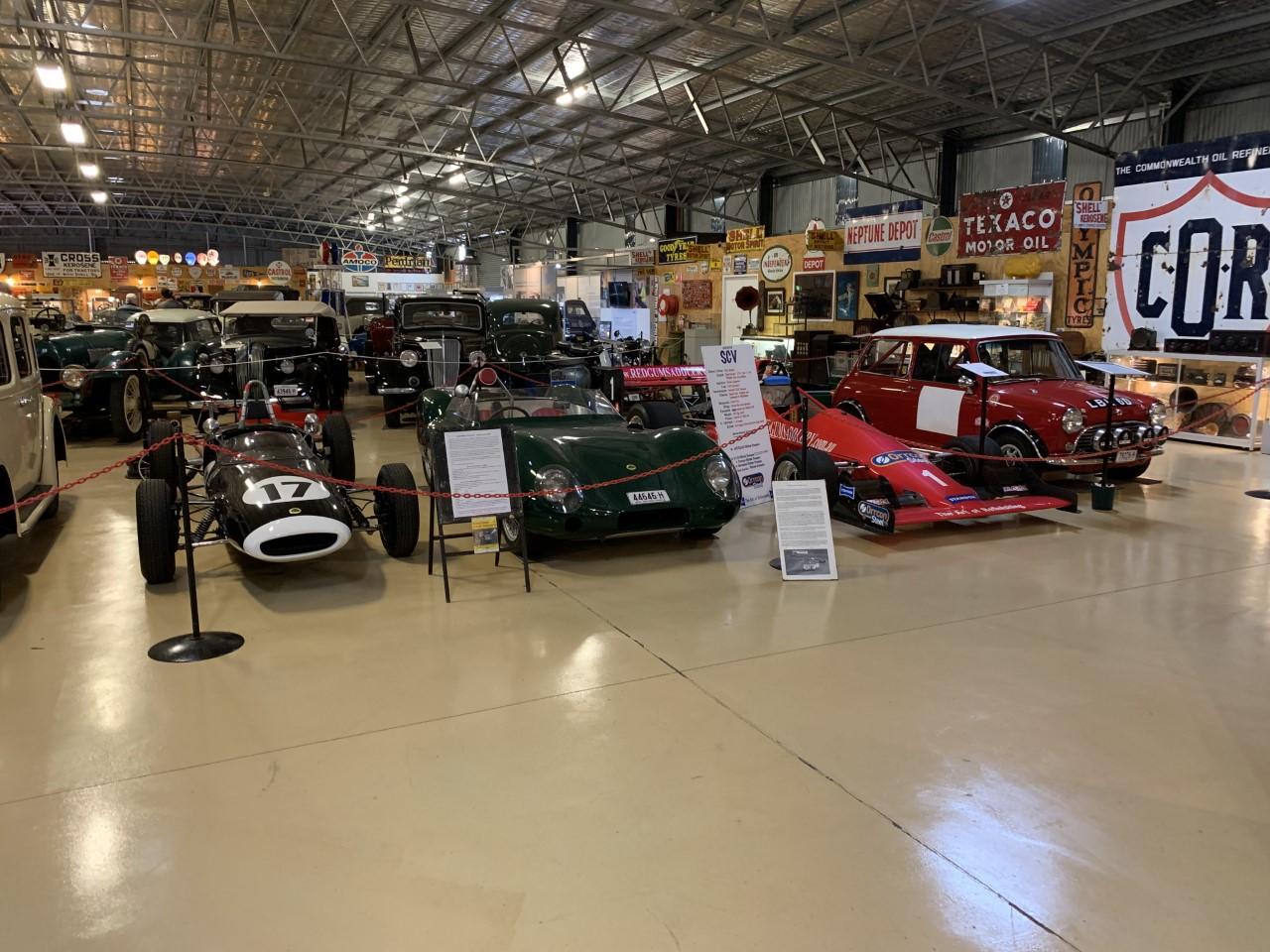 After a few photo sessions and a comprehensive examination of the exhibits, it was time to head off for lunch at the nearby Dapto Leagues Club. The club was moderately busy, so it was fortunate that Ray had booked for 25 members and guests. Two large tables had been provided, so there was adequate room for all.

Meals were well priced and the service proved to be excellent with meals rapidly being delivered a short time after ordering. Also, pleasingly, the standard of the meals was excellent.

The excursion had proven to be very successful. The final numbers were 17 cars and 21 members and guests which was an excellent response. Overall, a pleasant, relaxing and enjoyable day – which is really what the Z Car Club of Sydney endeavours to achieve with its monthly excursions.