Because of the scattered locations of the Z Car members it was decided to go directly to Robertson independently to save travelling time and distance. Seemed straight forward enough, but for some reason, Robertson could have been located on the moon, for the almost total lack of signposting. When there was any “Robertson” indication signs – they were so miniscule as to be almost invisible. This resulted in a variety of arrival times. The “world’s worst navigator” was probably the next to last to arrive. 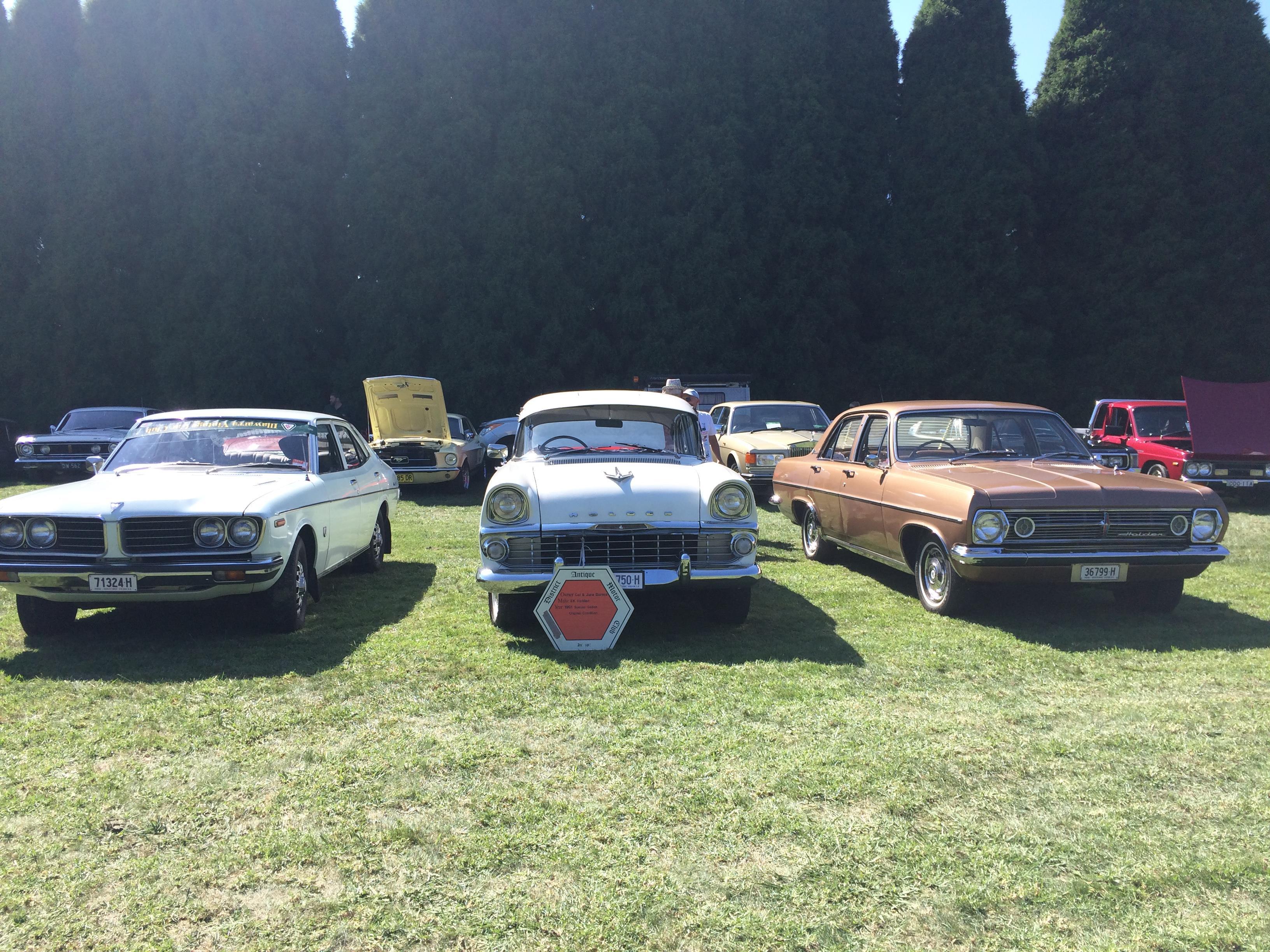 Expecting there would be ample car parking spaces for the exhibition cars (as informed by the organisers) – it was a shock to find cars queuing at the entrance. When inside the grounds, car parking was found to be at a premium (due in part to a degree of encroachment by the public taking up valuable car spaces). After paying the “gold coin” donation, Ray found it necessary to drive to the end of the park and re- enter due to no observable parking on the first pass. Ultimately, a car space was found – fortunately among some of the Z car members. Other members were scattered at various locations through the display area. 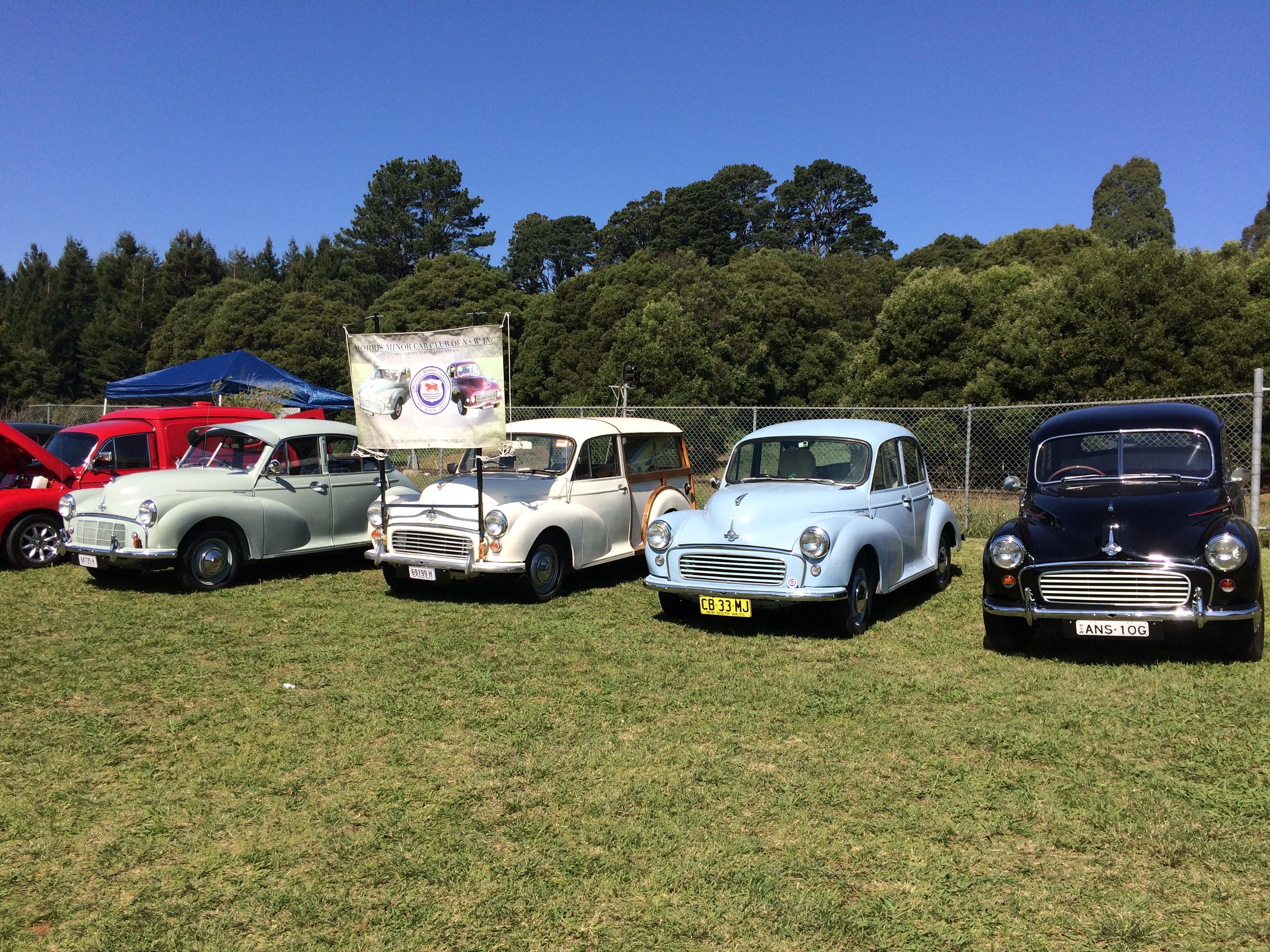 Z car members progressively joined the expanding group of members and guests and started catching up. The weather was starting to get rather hot and humid – even though it was still mid-morning.

There was a huge variety of cars on display. Noted was an E type Jaguar , various Ferraris , a number of Austin Healeys – including the rarer three litre versions. Rolls Royce’s and a particularly stand out early model Cortina resplendent in purple iridescent paintwork. Most of the cars showed evidence of expensive restoration and were a credit to their owners. At the other end of the spectrum was a rusted out VW Kombi Van – restoration anyone? 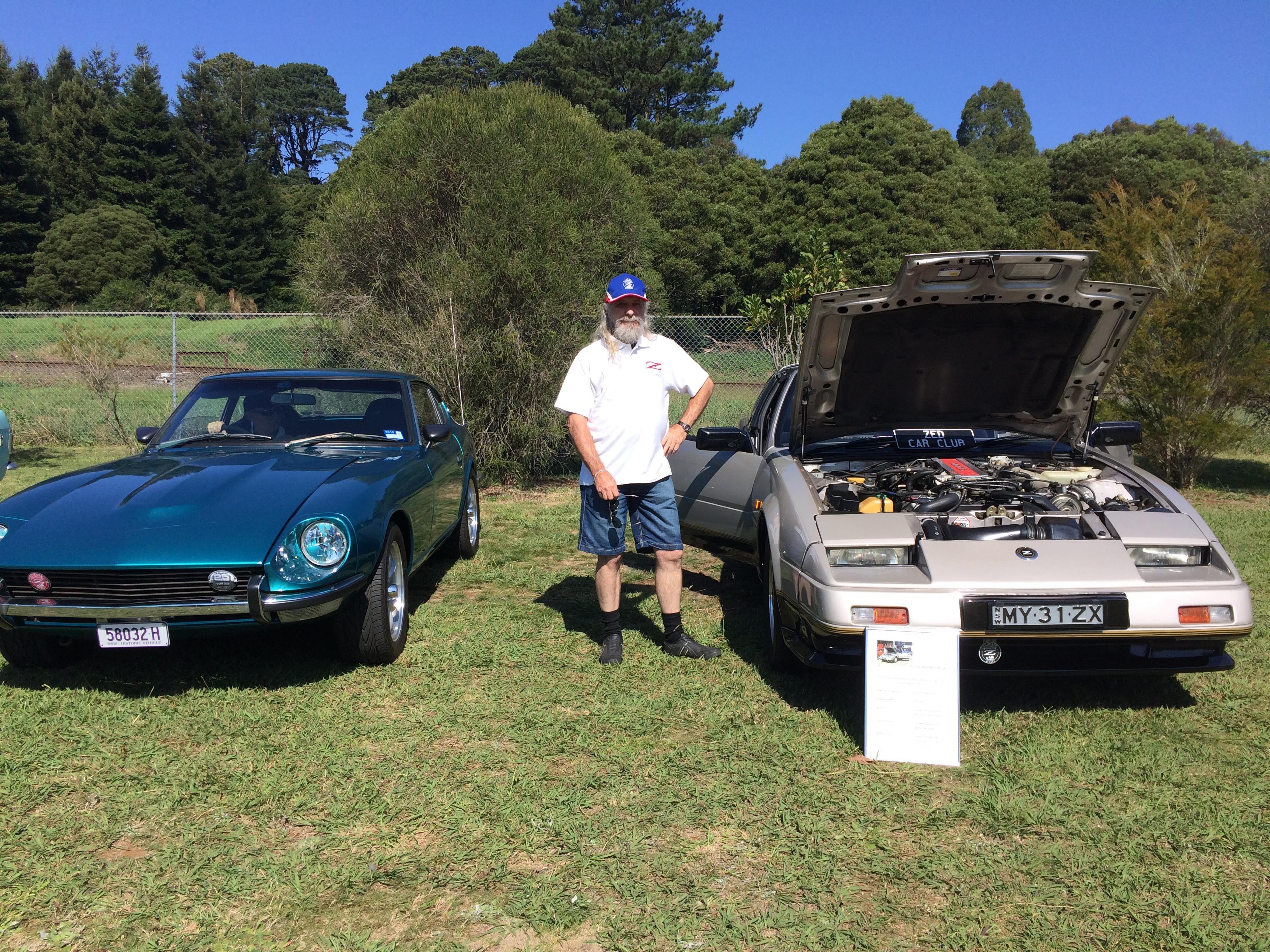 Old fashioned machinery was also on display. These consisted of various single cylinder engines which could be used as automatic pumping systems or to power saws etc. Most dated from the early nineteen hundreds. 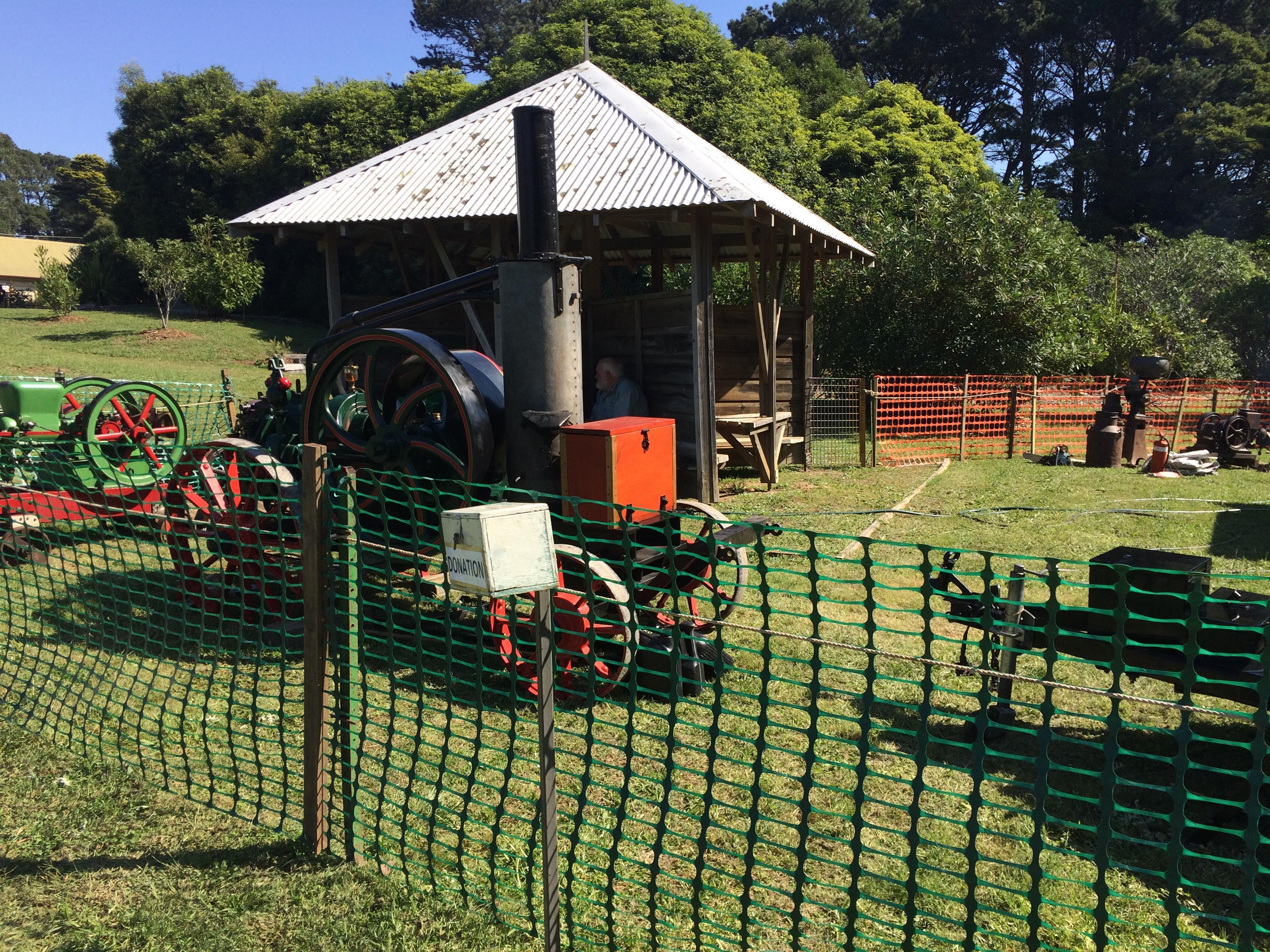 It was nearing midday and Des and Eileen led the way to the Robertson Bowling Club which was located close by. It was quite a pleasant environment and a lot cooler than outside. Food was of good quality and very well priced (e.g. Barramundi and chips – $12). 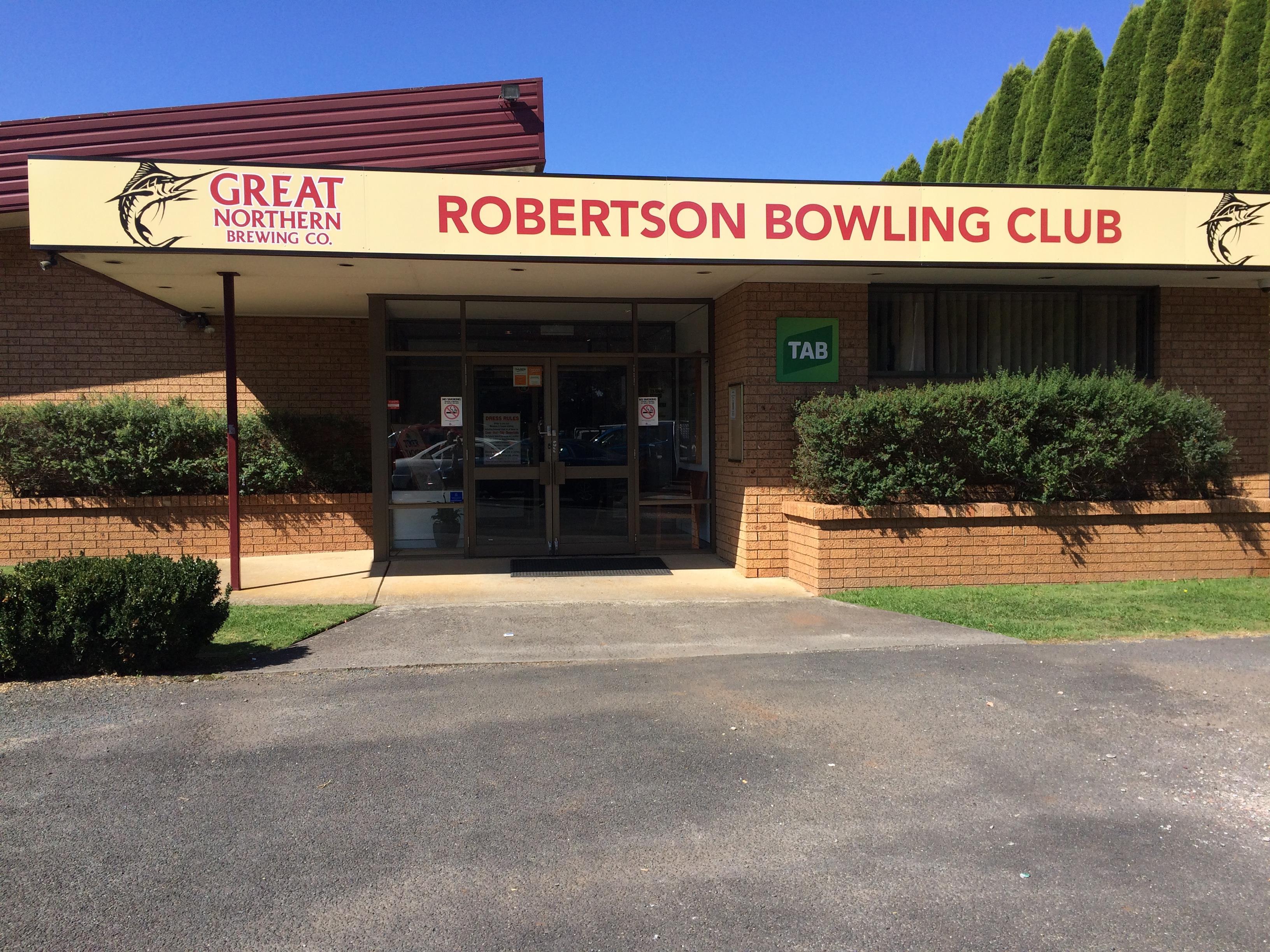 Within a short period of time, the club started to fill up, so the Z car members had to find separate tables (and rather quickly). Numbers of Z car members, guests and vehicles had to be estimated, because everyone had been scattered at the outset – and not everyone had made it to the Bowling Club.

A rough estimate was 20 members and guests and twelve vehicles. 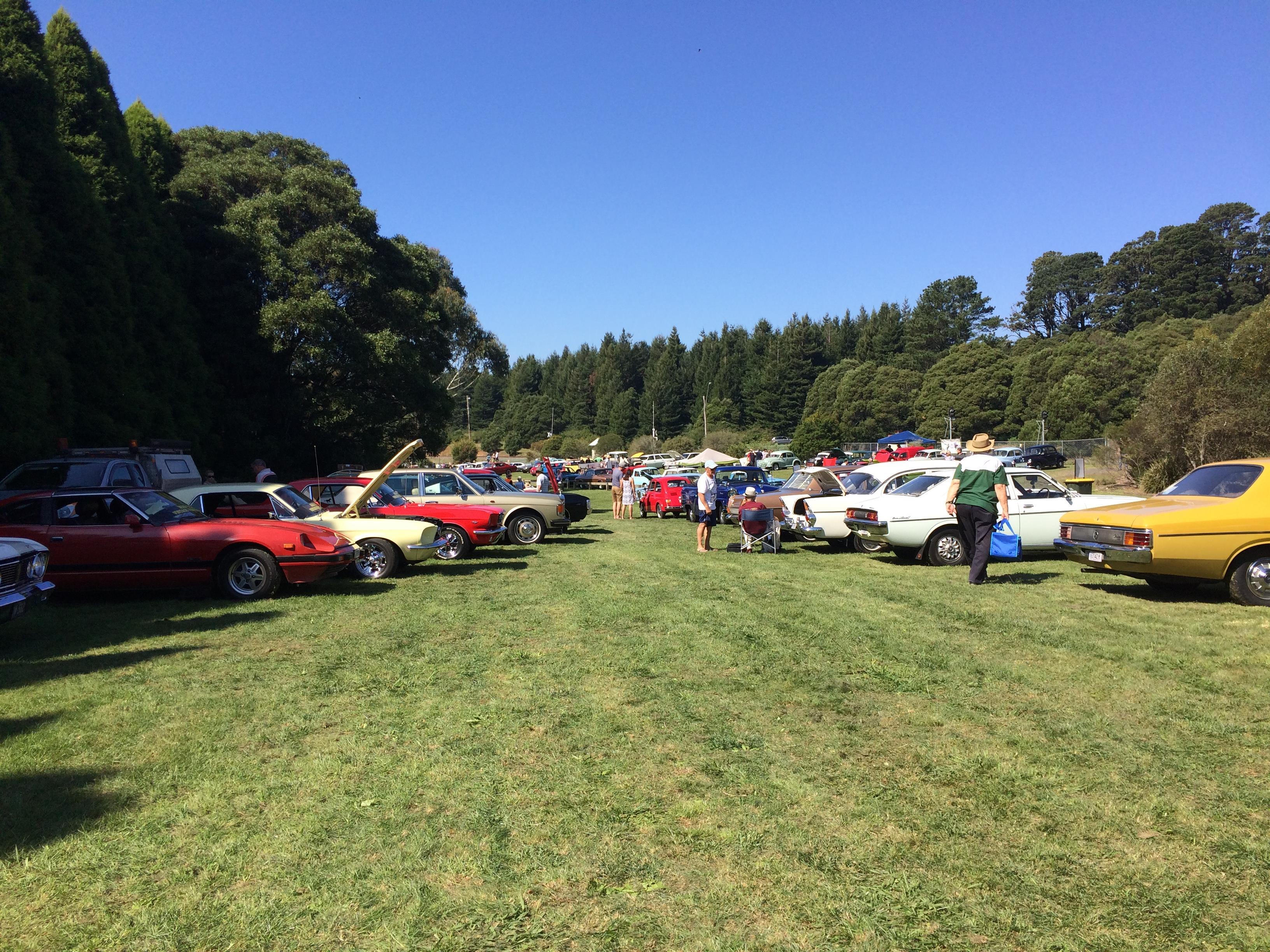 Everyone who attended had an interesting laid back kind of day in a very pleasant (if somewhat crowded environment). The vast array of rare cars and other displays made it an enjoyable time for all those who attended.