In the cold light of the morning the Zedders started accumulating from about 8.00AM in Liberty Road, Huntingwood. The predominant vehicles were 300ZX Z32s. But there was quite a collection of Z cars. 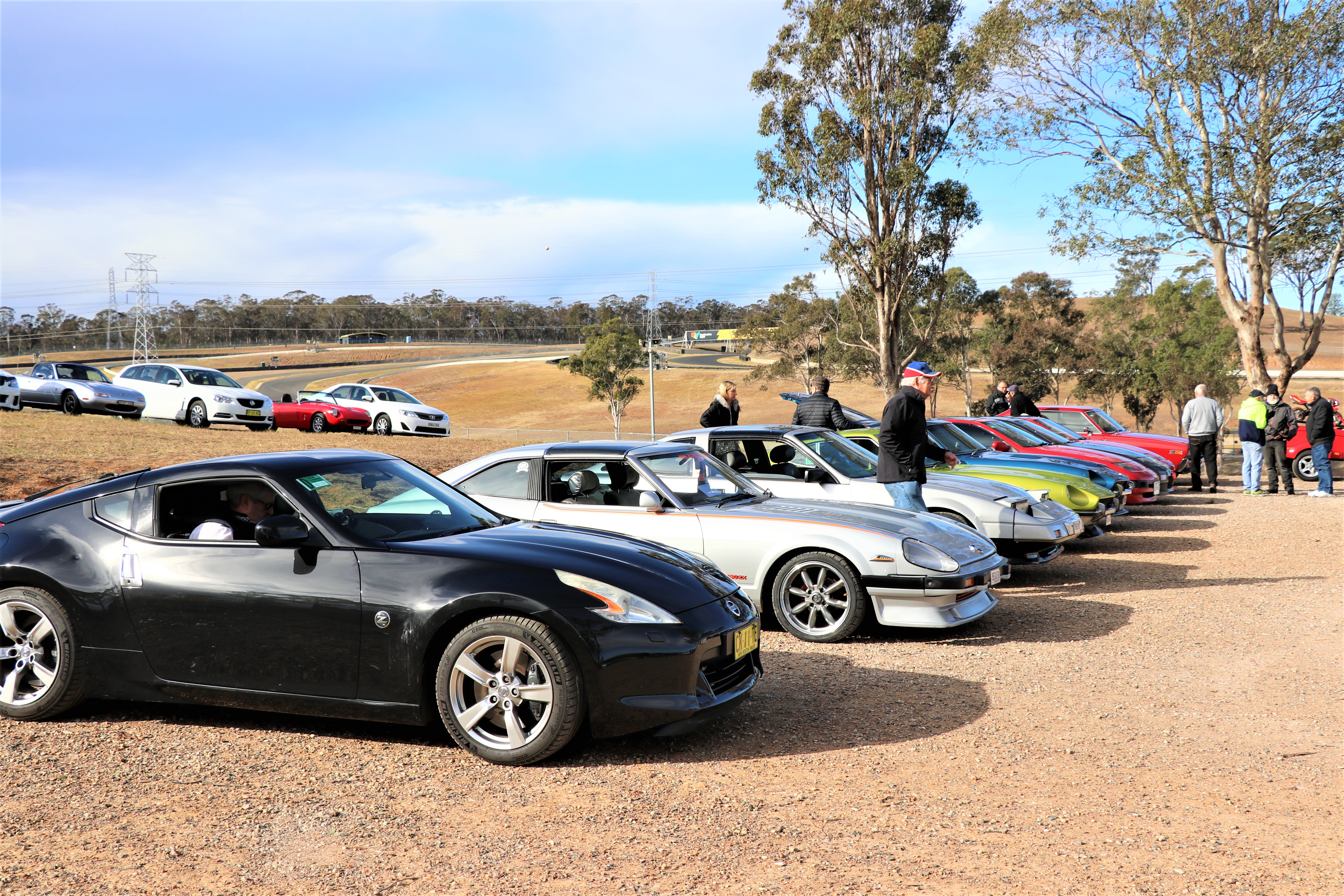 There were 20 vehicles in total – 19 pure Z vehicles and one substitute vehicle (due to a problem with one of the Zeds). An estimate of the people attending (including guests) was 26. As far as car numbers were concerned – this was probably a record for a Shannons attendance. 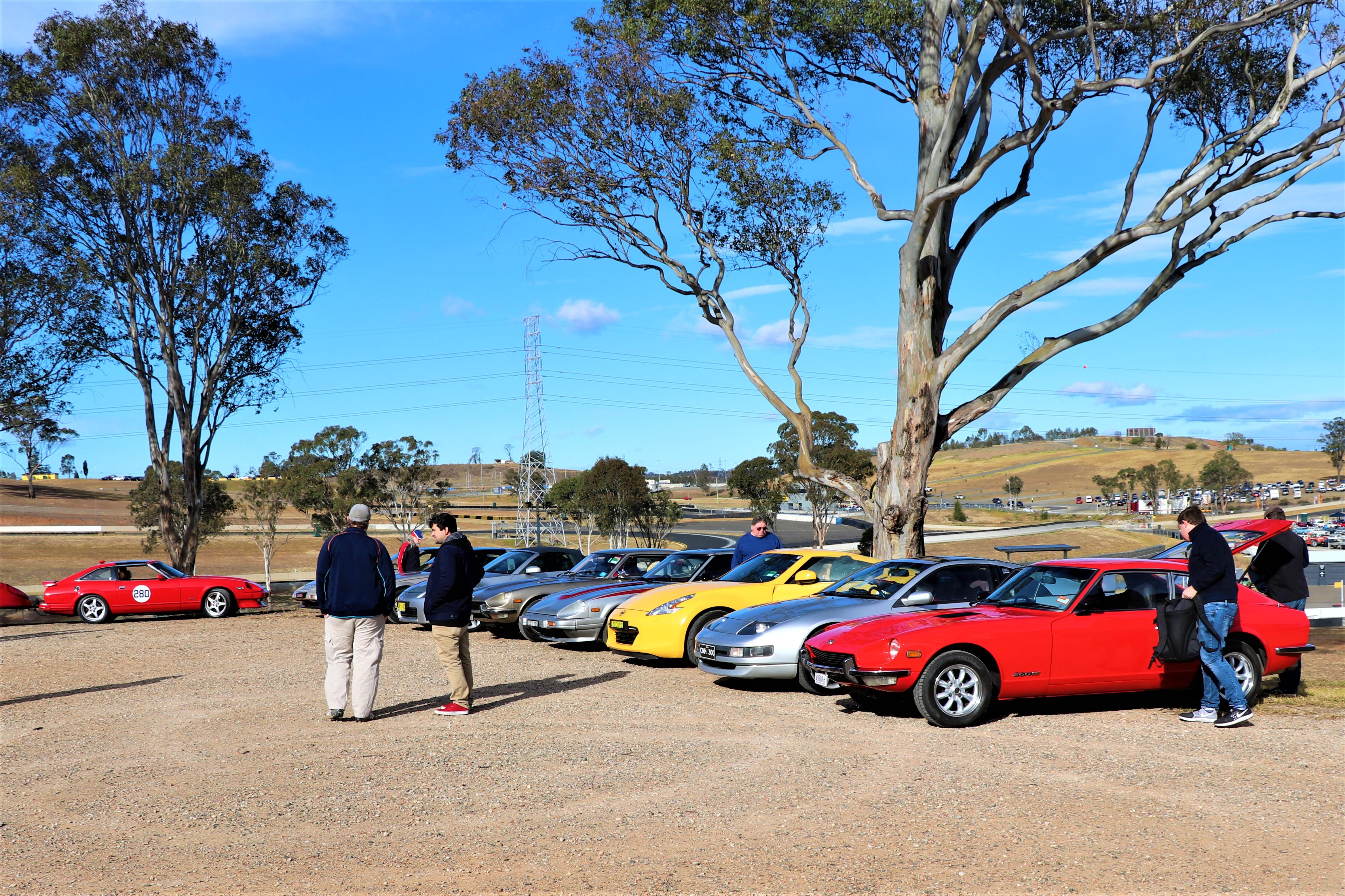 A twirling index finger and a “gentleman start your engines” prompt motivated the “pilots” of the Z sportscars to stretch sideways and slide into the cockpits of their various machines. The convoy moved onto Peter Brock Drive and headed towards Gate D. Moving ever so slowly down the hill (due to the large amount of vehicles from the other car clubs as well as the large Z car convoy) the Zedders finally reached the “showbag men”. 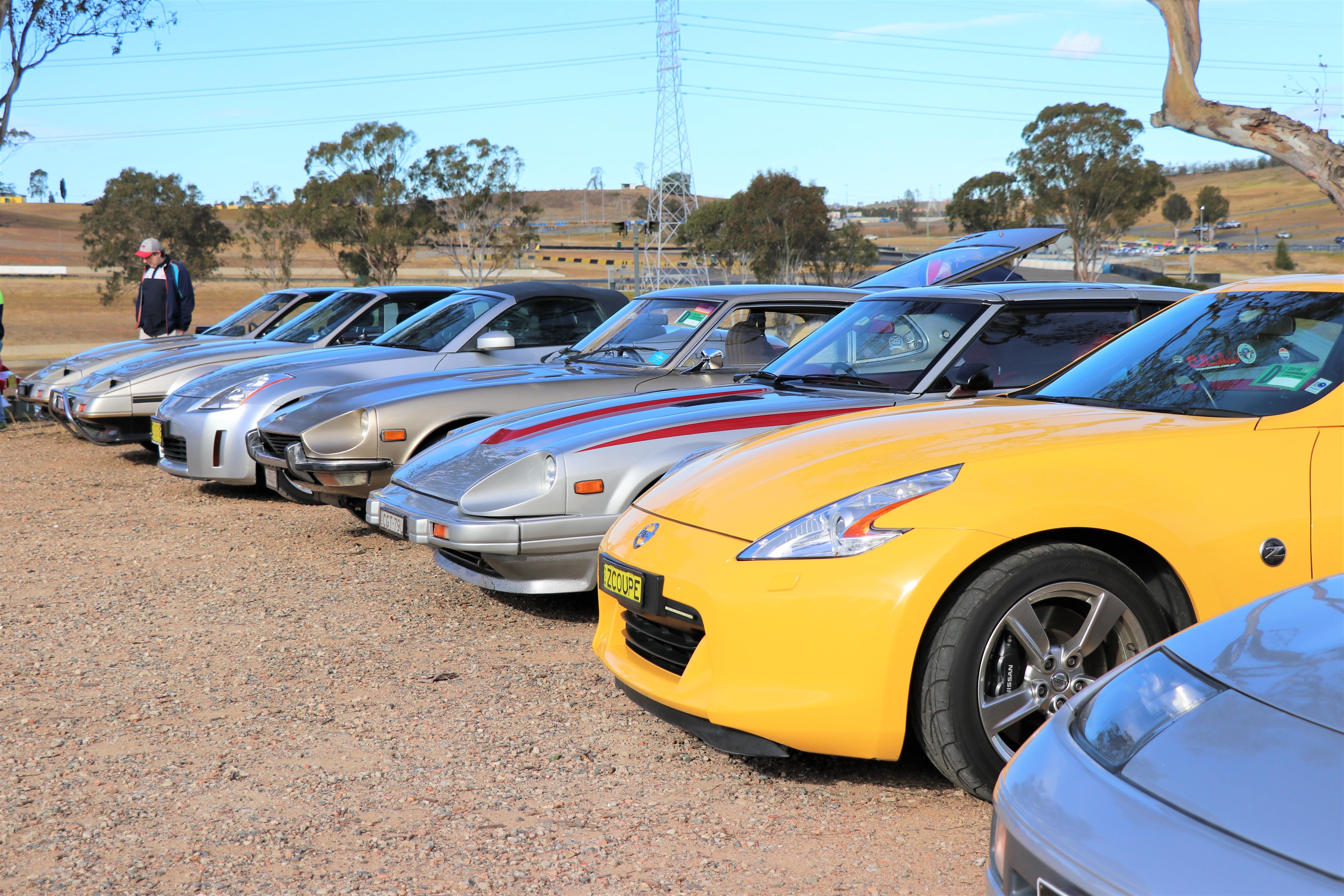 Then followed a somewhat inspirational moment. The mantle of the “world’s worst navigator” had for a brief moment in time slipped him into second place , as a zedder leading the convoy ( who shall remain nameless ) got lost inside area D. This became apparent as the incoming zedders met the out coming zedders as a large “u turn” was needed to get back on track.

James commented that every time he followed someone who appeared to know where they were going – he got lost! Better break out that GPS again, James! Ultimately, after safely parking the convoy in two rows in the requisite designated spot – things were looking good. 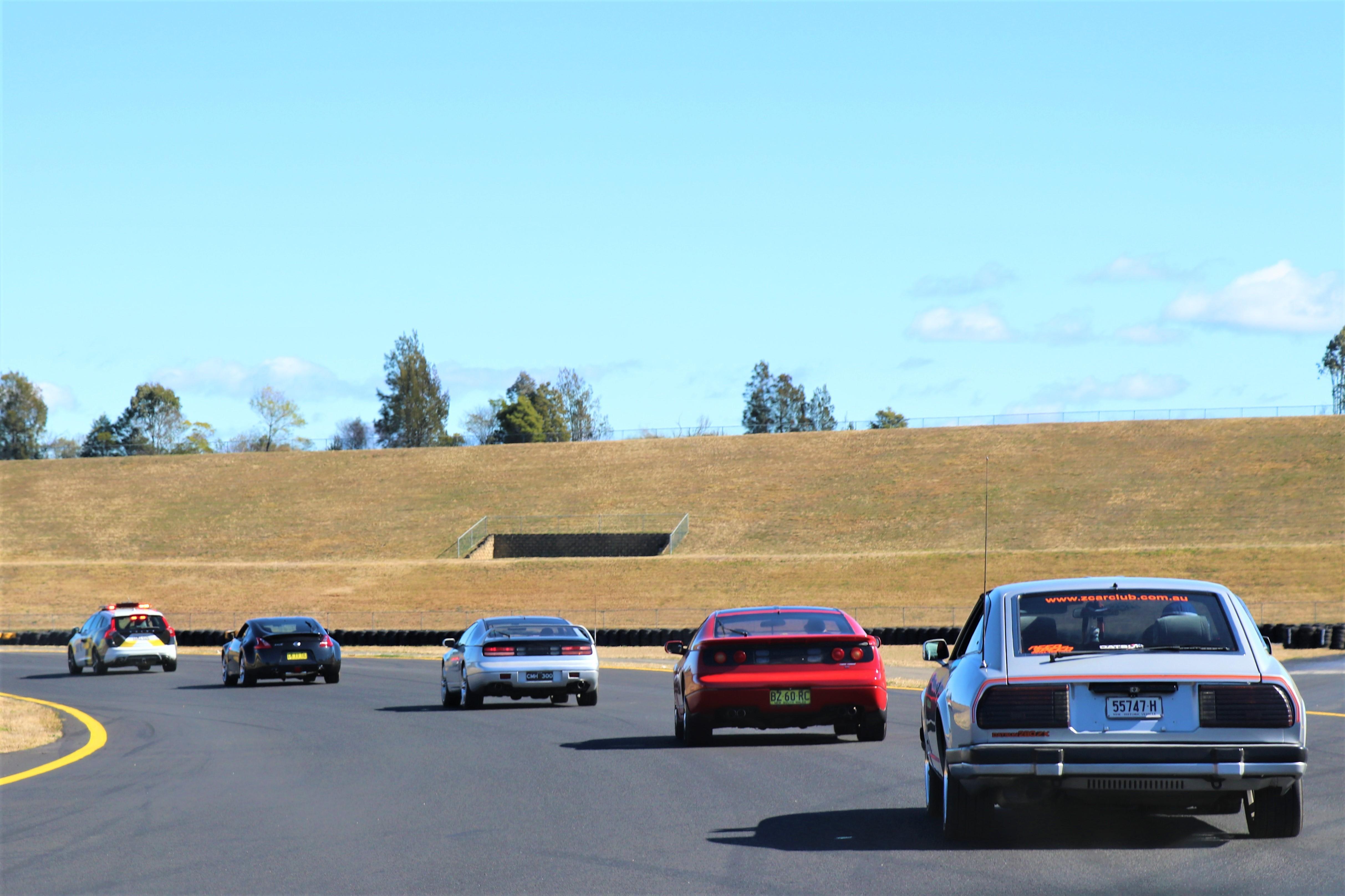 The display cars from the various marques stretched nearly to the horizon – which meant a lot of walking. Terry and Ray attempted to get some coffee from the “ice cream and drinks” van – only to find the door closed and the driver taking off in the opposite direction. But, Shannons is an enthusiast’s dream with so many rare cars on display that bring back childhood memories.

One can only marvel at the time, energy and copious amounts of money spent to rejuvenate these cars. Although one has fond memories of their father owning these vehicles, a vast number of them are really very ordinary cars that were really nothing special in their prime. But one has to admire the care and patience, the sourcing of rare parts and the time and money spent to restore them by the particular enthusiast. 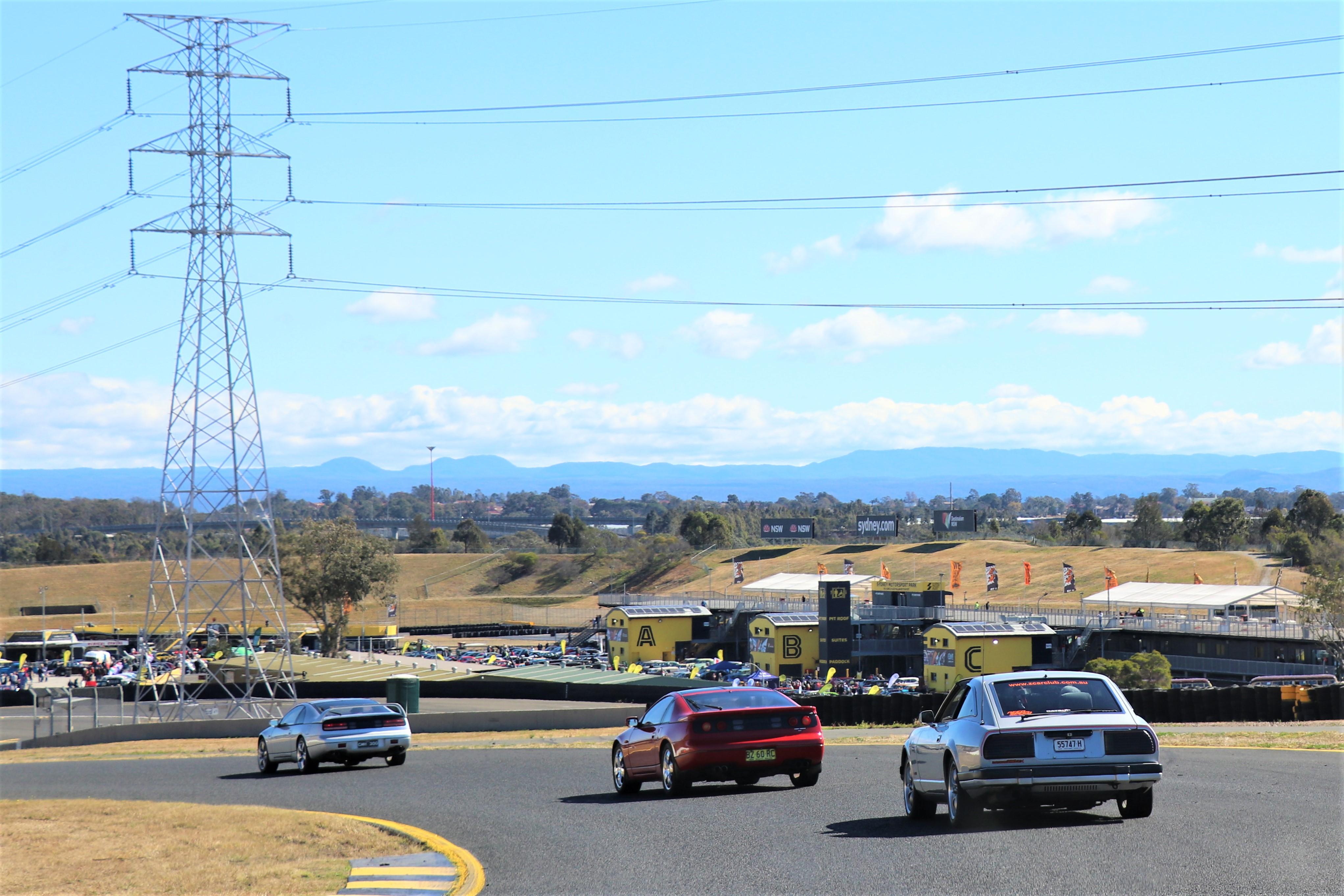 At 11.30AM it was time to line up for a stint on the racetrack. After about twenty minutes, the gates were opened onto the race track and the cars siphoned forwards with anticipation. However, up the front was a highly illuminated “pace car”.

For half the first lap the speedos were locked on 78kms/hr. (just shy of the requisite max of 80kms/hr.) due to the cars in front. Then something strange occurred. All of a sudden, all the cars in front seemed to disappear and yes, that was three figures showing on the speedo! 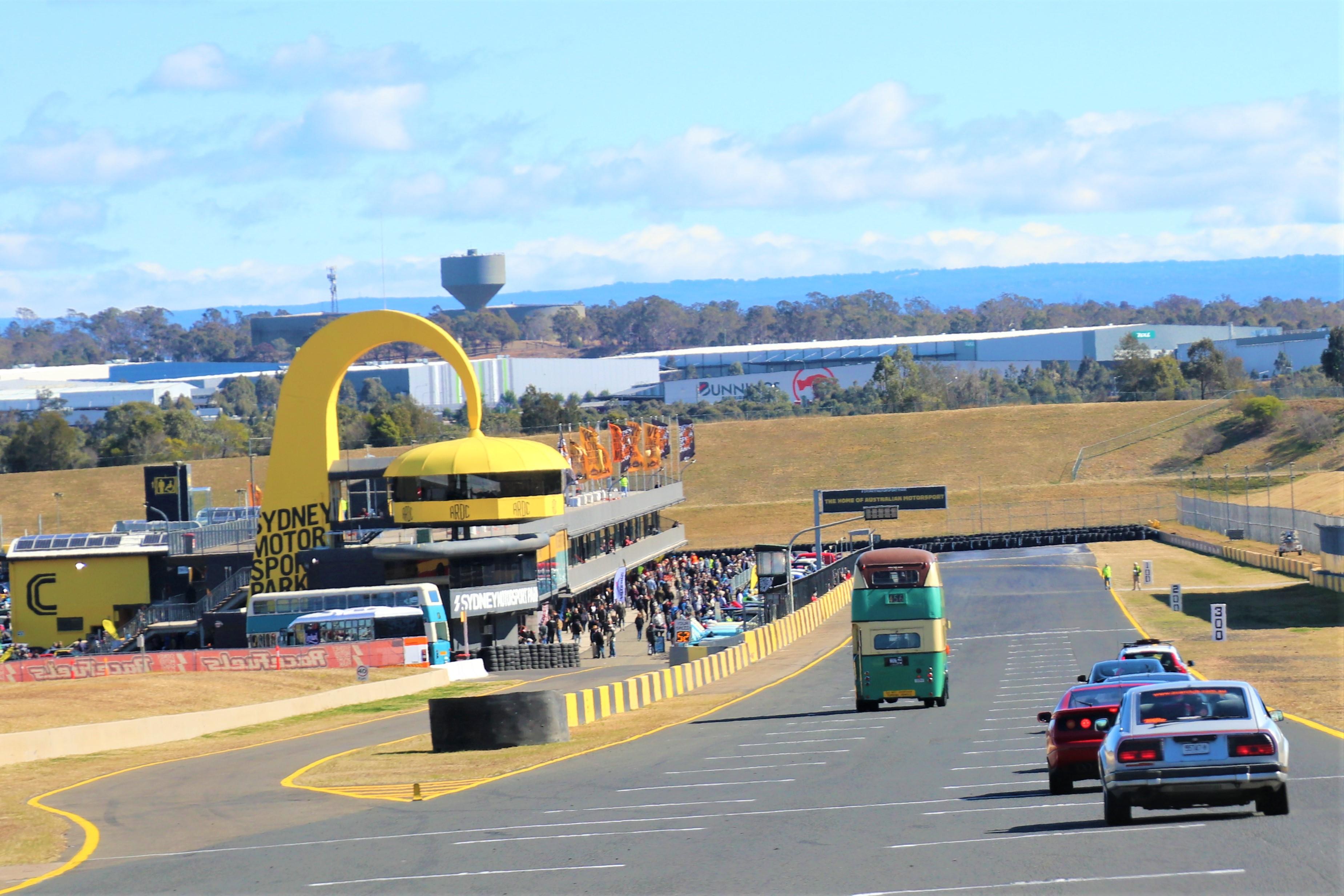 The Zedders zoomed round the track as proper sportscars should! All too soon the Zeds were waved off the track – and back to the area D parking area. This would have to rate as the most enjoyable time on the track ever!

Although a little out of the way – the position in area D did made it easy to exit safely with minimal traffic.

Overall, a very enjoyable day with a record number of cars and a vast array of different marques on display. Coupled with a memorable time on the track – one of the better Shannons excursions.