It was pleasing to see the whole Z car group had arrived on time and were expertly parked – even though the line of Z cars seemed to be facing the wrong way i.e. rumps out!

The members had excelled themselves again by providing a fantastic amount of effort in the preparation of their vehicles which fairly sparkled under the early morning sun.

The fourteen vehicles and twenty five members and guests was an excellent turnout. 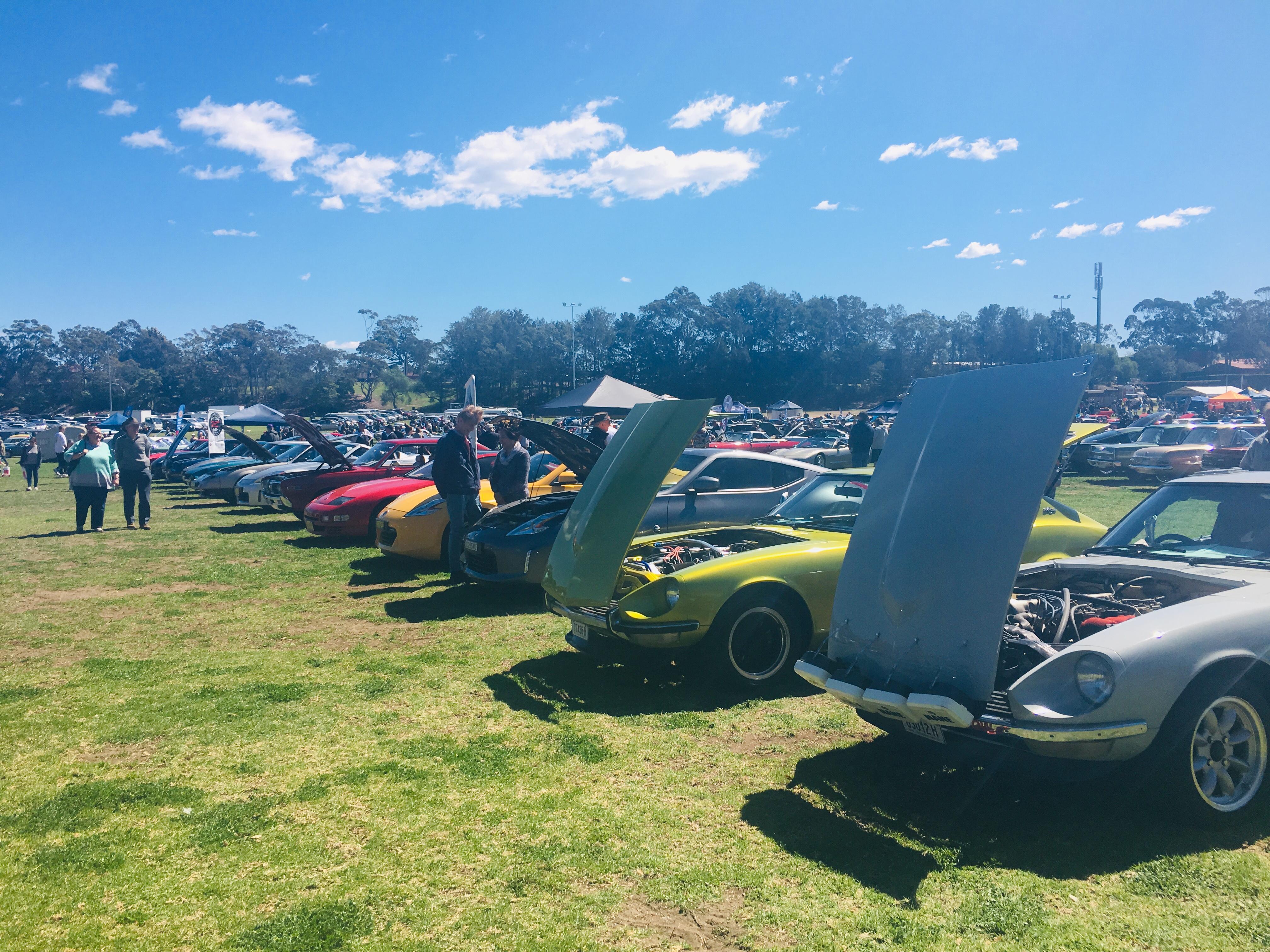 As usual, The Lions Club had sponsored and organised a very interesting and entertaining event with numerous displays. The large volume of vehicles on display was equally impressive with a variety of rare marques. Although there appears to be a penchant for FB Holdens – seems to be larger numbers of these vehicles each year (Is someone breeding them?)

As members wandered around the various rides and exhibits – it was also pleasing to discover that the food stalls provided light meals of an impressive standard (this is not notable at most car shows). 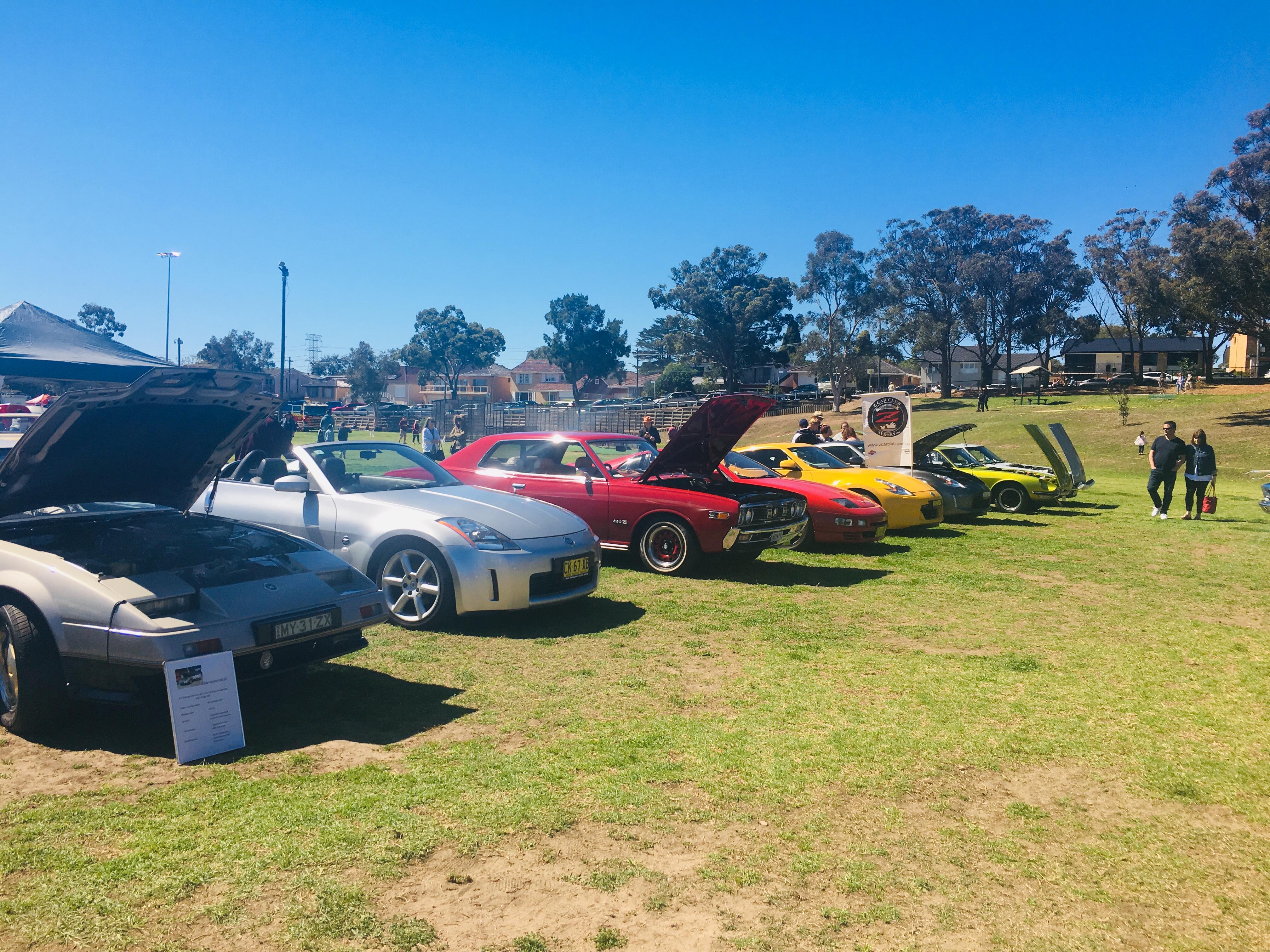 Around midday, the two judges (trying to hang onto the paperwork in the freshening winds) faced the challenges of performing the judging of the Z Car Club of Sydney’s Show and Shine.

This was going to prove a somewhat difficult task as all cars were presented in a similar impeccable manner except for a few standout vehicles. A number of cars were separated by a couple of points – so the scoring was extremely close.

The final results and winners of each category were as follows:

Jamie Gigg (Point Score Officer) then awarded the Club Champion Trophy and the three pennants for the highest point scores.

It proved to be a very enjoyable day, highlighted by well organised and impressive displays and the usual good humour and friendship of the Z Car Club members who made the effort to participate.