Driving along the m5 freeway toward the starting point, I was having all the nervous thoughts you get when organising a run. Will anyone show up? Will they miss the entry to the starting point? Is it too far away? Is it too many kms in one day? As we drove into the Seven Eleven fashionably late, I was even more anxious as I couldn’t see a single Z. That was until I drove around the back. And Then, Zeds everywhere!! 11 in fact and 2 moderns to top it off. This was looking like a great day. 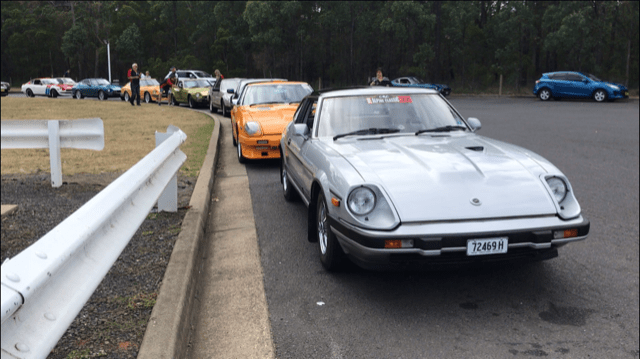 After many of the Zedders got their morning coffee fix, 10 o’clock soon came and we were off. A short sprint to the Bargo exit and we were off the boring freeway and now flinging along the old Hume Hwy southbound for the upper highland towns of Yanderra, Yerrinbool and Alpine. Weaving our way through the viaduct bridges which cross under the freeway we were soon climbing up the back of Mittagong. They don’t call it the Highlands for nothing!!

Range Road, narrow in parts but what a spectacular road. Green grass, livestock and beautiful peaceful homes, that was until 11 Zeds roll past! Roads more like Country Lanes You could be forgiven for thinking you were in the English countryside. We then turned into Tourist Road. Approximately 30 kms of great driving from Glenquarry to Macquarie Pass. A great chance to safely open the throttle and blow out the cobwebs since the last Zed outing. 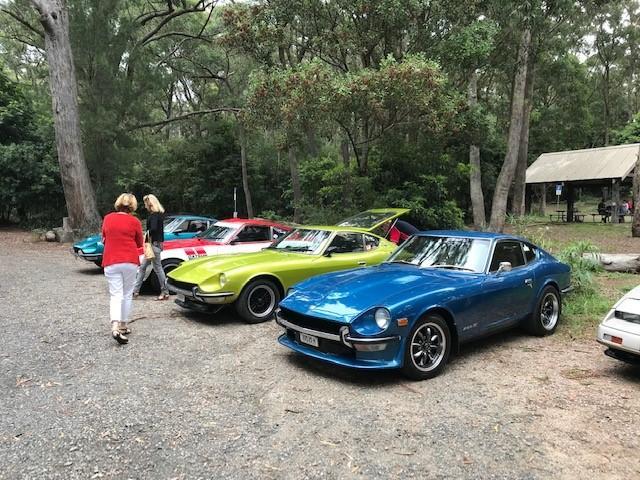 A quick comfort stop at ‘Chilly’ Robertson and off again using some beautiful country roads to get to the Fitzroy Falls information Centre. A short walk to see a spectacular gorge. Lack of recent rainfall meant that the falls were reduced to a trickle! I heard Barry say “I had more water coming out of the shower head this morning”. Sorry for the false advertising regarding the pictures of the falls I used to promote my Run! It was an act of nature. I can’t control that. 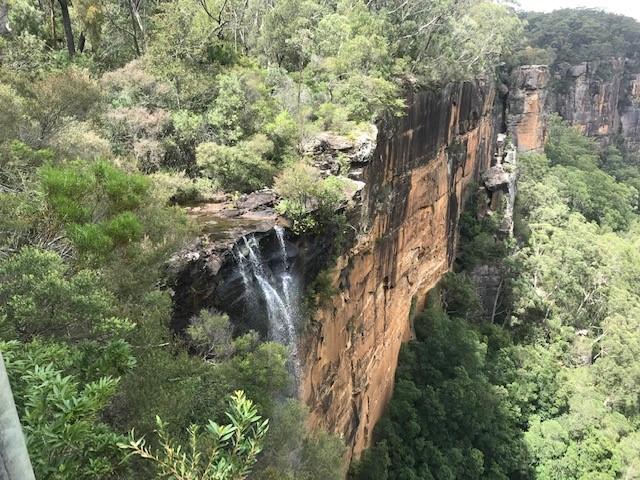 It was time to get on the road again to get to our Moss vale Lunch destination but first a detour along some more country lanes to show everyone a little gem of a place called Burrawang. For those of you who have never been there, it’s a great day run. If you are planning to eat there you can choose either the Burrawang Hotel with spectacular views from the rear of the property or the Burrawang General Store which looks like a little shop at the front but once inside you will be impressed with the size, décor and food. You can even book the loft area for groups of up to 30 people. (they happened to be closed for a short break at the time of our run).

The Porterhouse Bistro at The Moss Vale Hotel did an amazing job to get all 21 of us fed quickly. It seemed that everyone was happy with the meals and service, even though they had us booked as the ‘VET’ car club, when they look after us that well they can call us what they like! I don’t know if they thought we were the ‘Vet’ as in The Corvette club or just a bunch of Veteran geriatrics who go out driving in their old cars on Sundays. Come to think of it the latter is probably a close description! 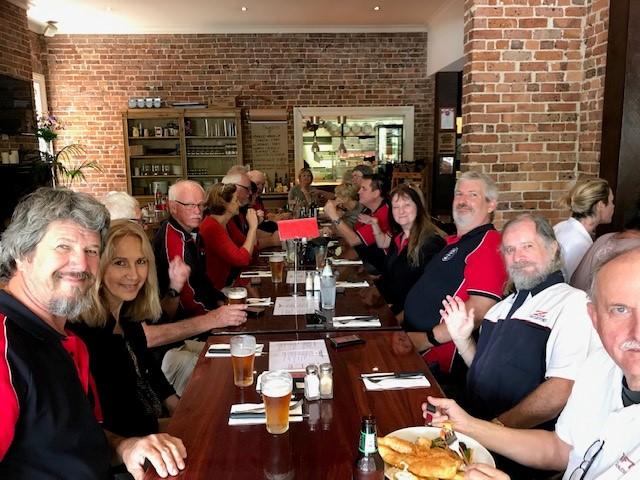 Thank you all for your participation in the day and for making it so enjoyable. We covered quite a bit of ground on the day, around 120klms from our starting point at Pheasants Nest to our Lunch destination, not including your distance to the starting point and back to your home from Moss Vale. For some it was a 250km + day, so special thanks to you all for making the effort. We have these cars for the pleasure of driving so why not get as much in as possible once a month when we all get together to celebrate the Z car.