On arrival at Big Daddy’s Burger Bar at Casula, there was a good number of members assembling for the start of the excursion (some members had gone on ahead and opted to meet at the Rail Museum venue). Just time for a bit of a catchup and a quick cup of coffee. We were on a bit of a deadline as morning tea, the train ride and museum tour had been booked for 10.00am, 11.00am and 12.00 midday respectively – as well as the restaurant at 1.15pm.

This meant a start as close to 9.00am as possible. Members filed out to their cars and climbed aboard. General Desmond Neville, in his newly acquired steed – the dark blue 370Z led the charge (much to the relief of the world’s worst navigator).

As the Z’s filtered out of Big Daddy’s, a red 300zx appeared heading the wrong way. A signal was given to the driver, and he joined at the rear of the convoy. The driver was later identified as Eddy, our latest member. Welcome aboard! 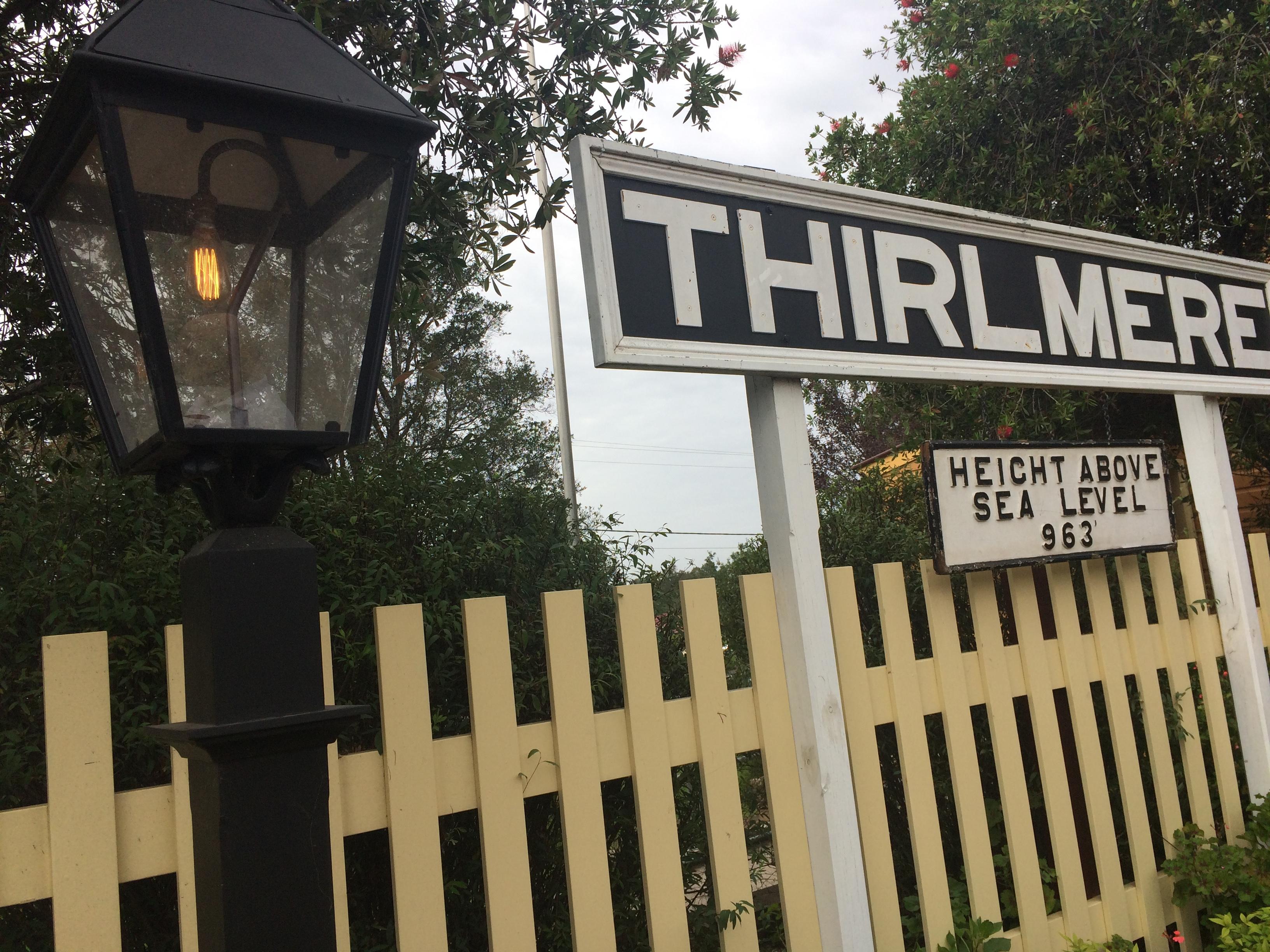 Maneuvering around the backstreets behind “Big Daddy’s” the convoy ultimately reached the Hume Motorway. It was a smooth run then to Wilton and the Picton turnoff some 36.0 kms away with the convoy maintaining a steady clip.

The convoy was travelling in an arc towards Thirlmere – this route is a 45 minute journey compared to Menangle Road which is quicker. However it was worthwhile to take the longer journey to “blow out the cobwebs” from the Zeds. As the convoy approached the NSW Rail Museum there was a bit of “twisty stuff” via Thirlmere Way which allowed some sporty driving, which added to the enjoyment of the trip.

Barbour Rd at Thirlmere (outside the Museum) is always a bit crowded as a number of car clubs are attracted to this venue. However all members of the convoy secured parking close by the Museum.

The Zedders caught up with the members that had gone on ahead. Despite a few cancellations the numbers totaled nineteen members and guests and fifteen cars. (this included the infamous “Medlow Bath Tractor”).

Members were given a 10% discount on the entrance fee to the museum due to the prior group booking. Morning tea consisted of tea or coffee (dispensed yourself) and cream biscuits, which were individually packaged.

One of the staff whispered that there had been a double booking with the Mini Car Club, but this wouldn’t create much difficulty. The only variation would be that the “museum” tour would commence on the station.

After morning tea, the Zedders headed towards the station and the steam locomotive 2705. Originally purchased from the Hunslet Engine Co in Leeds, England in 1913, it was completely refurbished by the NSW Rail Museum in the 1990s. It was a very relaxing and comfortable trip to Buxton and was thoroughly enjoyed by all the members and guests. The entire round trip takes approximately 45 minutes.

On arrival back at the Thirlmere Station, visitors were invited into the cab of the locomotive (two at a time) and the controls described by Allen, the tour guide. Some of our members (including Maddy) took the opportunity to inspect the cab’s hardware.

The group then returned to the Rail Museum where Allen explained the use of signaling/operational levers (which controlled aligning specific train tracks) and their “fail safe” operations. However, he did note that there had been disasters in the past when there had been failures of equipment and/or operational procedures. On a raised dais there was an example of a very early locomotive, which Allen explained had experienced catastrophic boiler explosions at times in the past, resulting in injury or death to its operators.

At the front of the museum there was a medium sized locomotive which had been built entirely of spare parts. Allen explained that because of the distances and times to ship locomotive parts from England – two million parts had been ordered in advance. This meant that an entire train could be built from the available parts – ensuring that the entire train was new and therefore reliable.

It was getting towards the time to leave for lunch. Ray thanked Allen for his informative tour of the museum and the group concurred with a short round of applause. There’s not a great deal of visibility on Barbour Rd (outside the Rail Museum) so seated in the low slung Zeds with limited visibility – it takes a bit of concentration to get back onto “the main drag”. However, all exited safely. Now onto the nearby Picton Bowling Club.

The two large pre-booked tables were a welcome sight for the somewhat jaded Zedders. The meals were very reasonably priced and of good quality. The service was generally fairly expedient, although a small number of members had a bit of a wait for their meals. Ray was astonished at getting a 750ml bottle of Merlot for under $12.00. The quality was also quite good.

The excursion had proven to be very successful. Everyone enjoyed the relaxing journey on the steam train to Buxton , the informative and interesting information provided by Allen ( the Museum tour guide) and the good quality , reasonably priced meals provided by the Picton Bowling Club, which made it a very pleasant day.