A group of your fellow members attended the gathering in Victoria for an event called NDN19. This event is held each 2 years between the states forming the East Coast of Australia. The Z Car Club of Sydney was represented by five Z’ds of various vintages from 260 through to 370. Another of our far flung members fronted a Hako from his stable. The flag was flown semi proudly. Sadly the flag was still in the back of the 2+2 in Balmain! First event was a “get together” on the Friday evening at the Brownstone Brewery at Dandenong. This also included the distribution of the goodies and event tickets that had been ordered prior to arrival. Day 2 was a “Show & Shine” held on the vast lawn fronting Nissan Headquarters in Dandenong. A warm day and the only shade available was the tall Nissan sign which was conveniently close to our parking spot, along with a couple of trees. Day 3 had optional choice. Entry to some laps of Sandown as a race event or a cruiZe of the outlying areas to the Southern capital. The latter also included a couple of demo laps of Sandown before and after the cruiZe. Photos were taken of the vehicle to bolster the right to brag! One member having sighted his photograohs suggested a hit with Photoshop to get air under a wheel just to indicate how hard he tried during the “cruise” lap. The end of frivolities on the road and track led to an evening at a boutique brewery, the Bricklane Brewery at Dandenong South, for the presentation of trophies and the final gathering with friends and new acquaintance’s found. An announcement was made that another state is to be included in the roster for NDN. In 2021, South Australia is to be slotted in as a regular in the schedule. The Queensland club would normally be next event but they have allowed SA to “push-in”. SA say that organisation is well under way. Enthusiasm!!!! Overall, considering the organisation of such huge events not being an easy task, the weekend seemed to go well. With Andrew attempting to steam clean his engine bay while on the move, a Brian not in top form due to illness, I am under the impression that a good time was had by the majority. Congrats to Peter on the trophy for his well presented Hako.  Weather was terrific and the host club did well! If the image below left is zoomed, to the left of the image in front of the Nissan sign are four of the vehicles representing Z Car Club. Standing away and to the front of Andrews 260 is Brian beside yours truly admiring the presented vehicles. El Presidente’s vehicle being the far end of the row in front. The other image being the Hako that is in the care and custody of Peter. Not a bad pic! 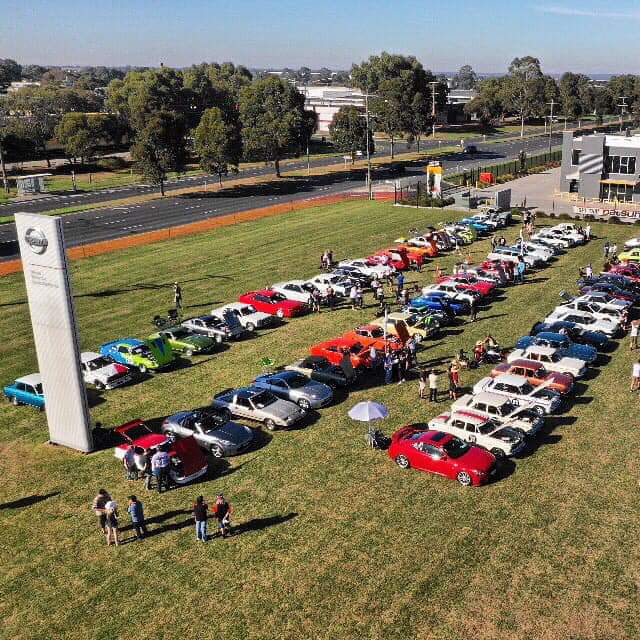 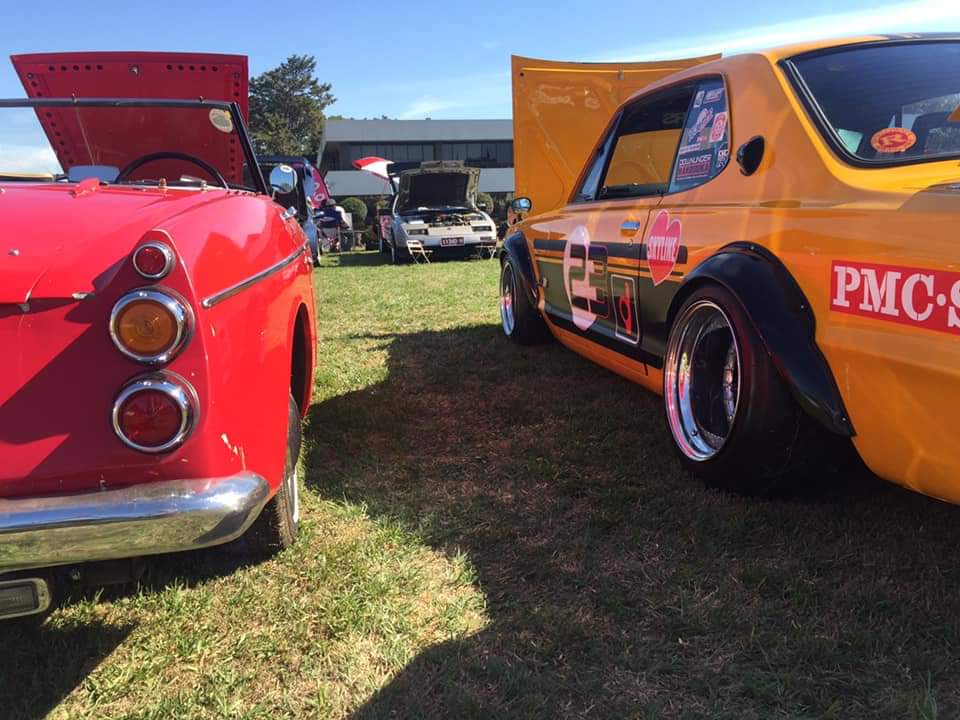