A cool morning saw the arrival of club members and guests at Big Daddy’s Burger Bar at Casula. This formed the basis of the South Western convoy. Because of the individual locations of members – there was also to be a North Western convoy as well as a separate, disparate group of individuals – all descending on the Australian Pioneer Village at or near to a predetermined ETA. 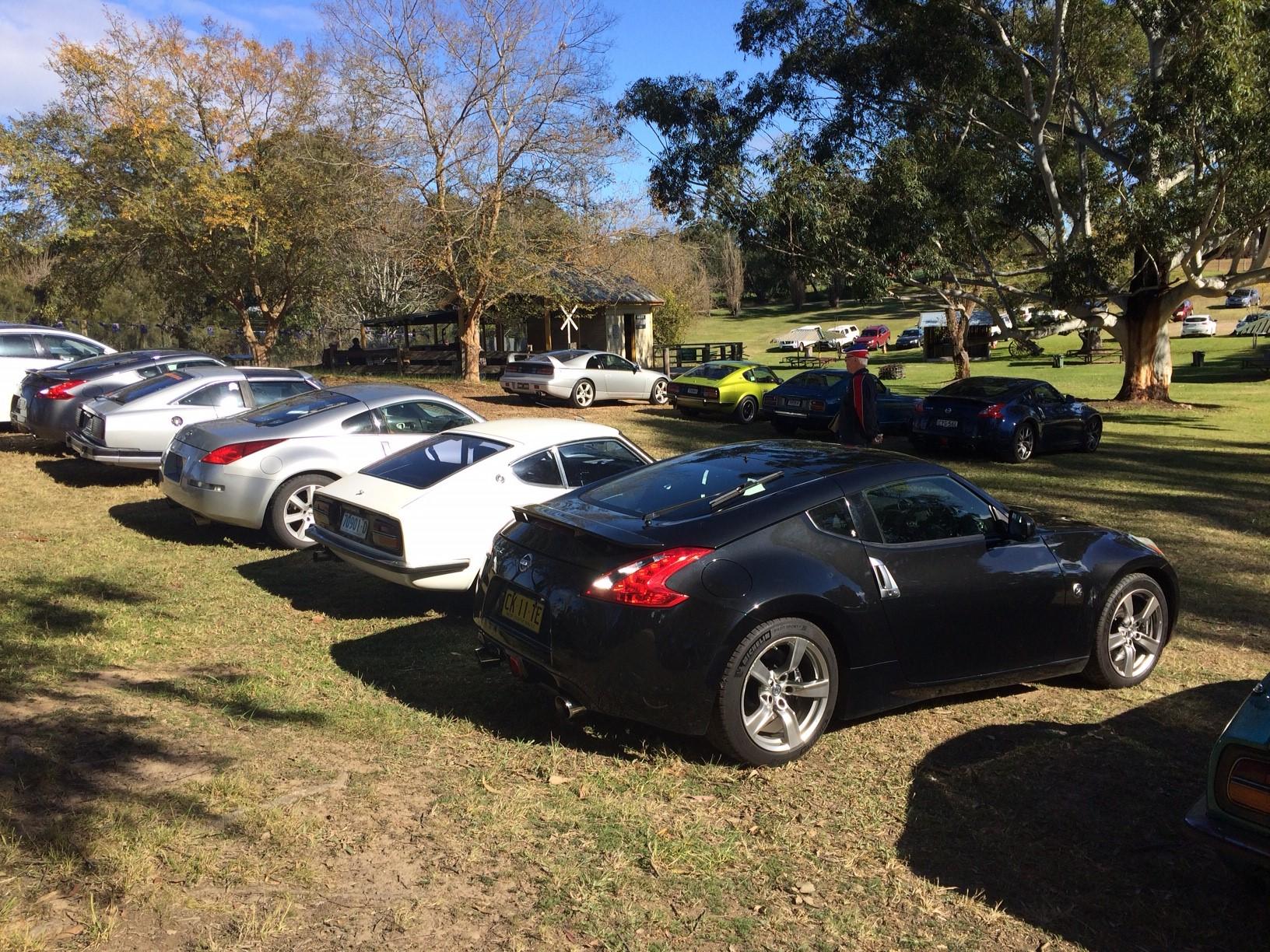 Hot chocolate or cappuccinos stimulated the South Western group to ignore the nine degree environment (it has to get warmer!). A small amount of early rain had raised some initial concerns but the weather was mellowing with clear blue skies becoming more pronounced. Time to saddle up and hit the road! 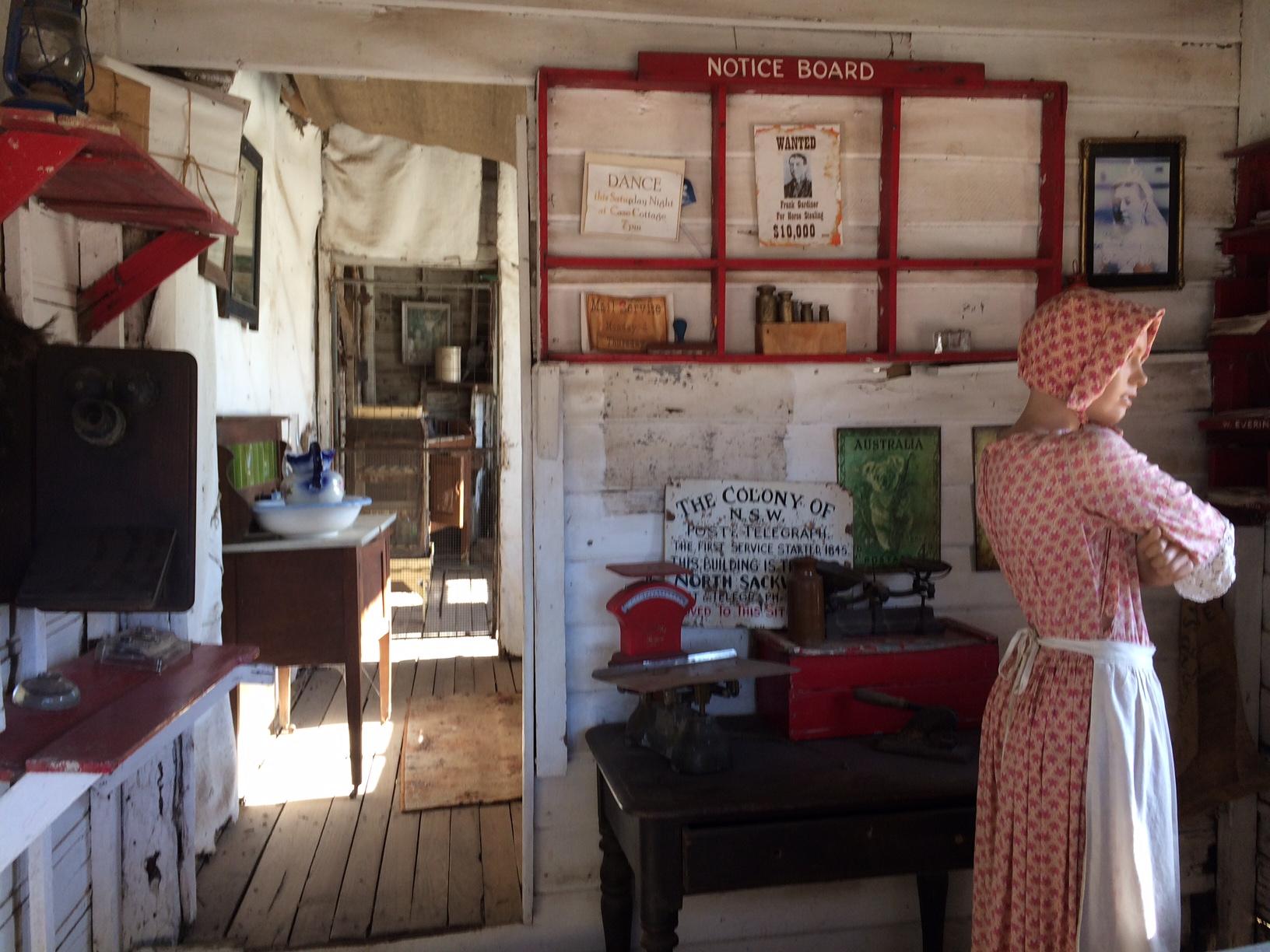 The “world’s worst navigator” led the charge in his non Z white sedan (smug in the knowledge that he had successfully uploaded all the latest software updates into his Garmin Nuvi). What could possibly go wrong? 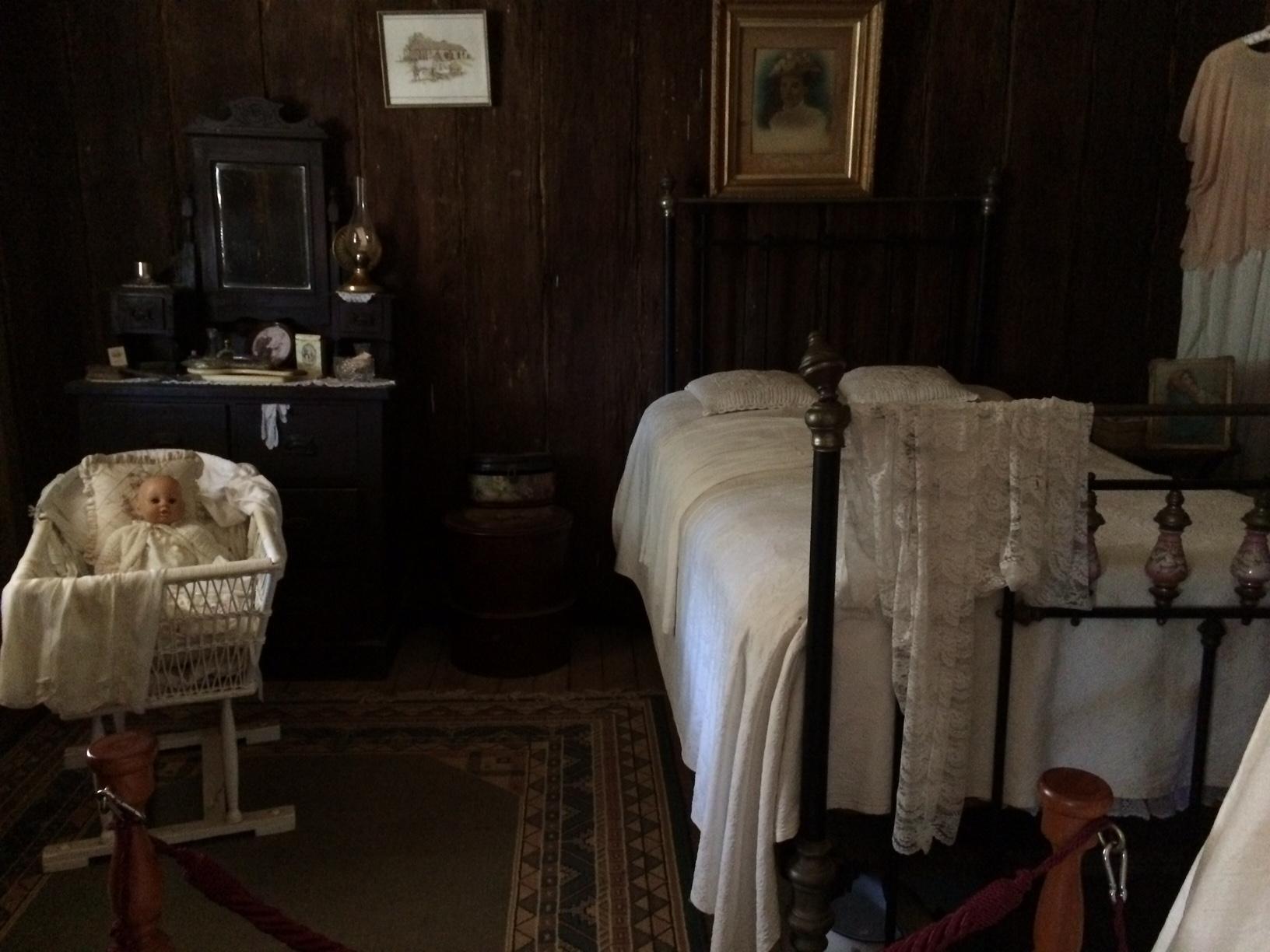 Smooth transition onto the M7. A glance in the rear view mirror indicated that most of the convoy were stuck behind at a red traffic light on Camden Valley Way. Slow to a piddling 70kms/hr – with irate motorists hurtling past in the right hand lane giving you death stares (if you drive a Toyota Camry you will empathise). Note: this particular vehicle is not a Camry.

At last, the elements of the convoy appeared in the rear vision mirror – time to get back to 100kms/hr. Now, pray the Sat Nav does the right thing! 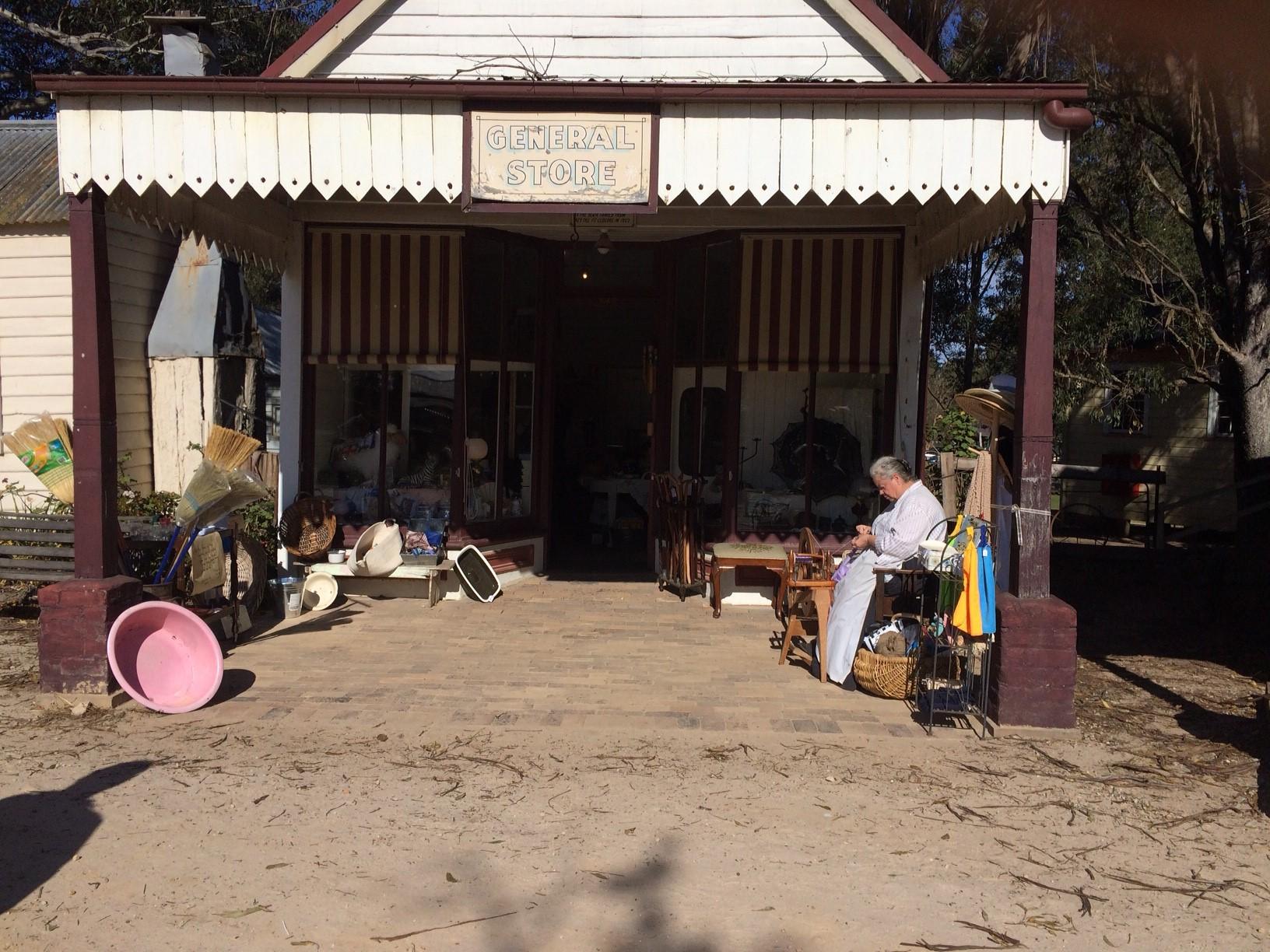 Sliding off onto the slip road to Blacktown, Rooty Hill Rd, Richmond Rd and Blacktown Rd – still no dramas! George St, Bridge St and finally Rose St – yes! – love you Garmin! The convoy slid into the Australian Pioneer Village, paid the $5 surcharge and headed towards the car park. 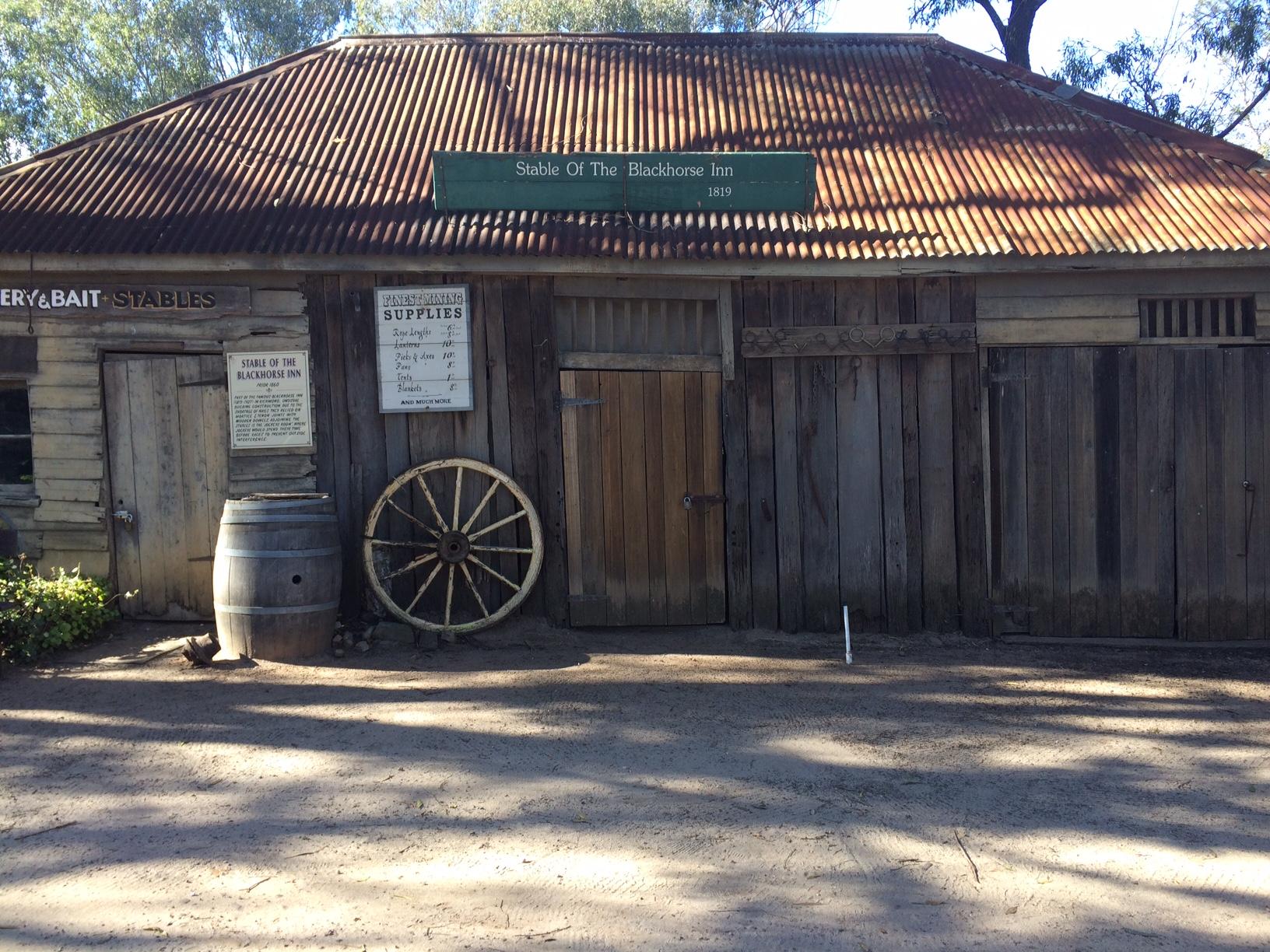 Z Car Club members had brought family members and friends which swelled the numbers considerably. There was an excellent final count of 33 members and guests and 18 cars. 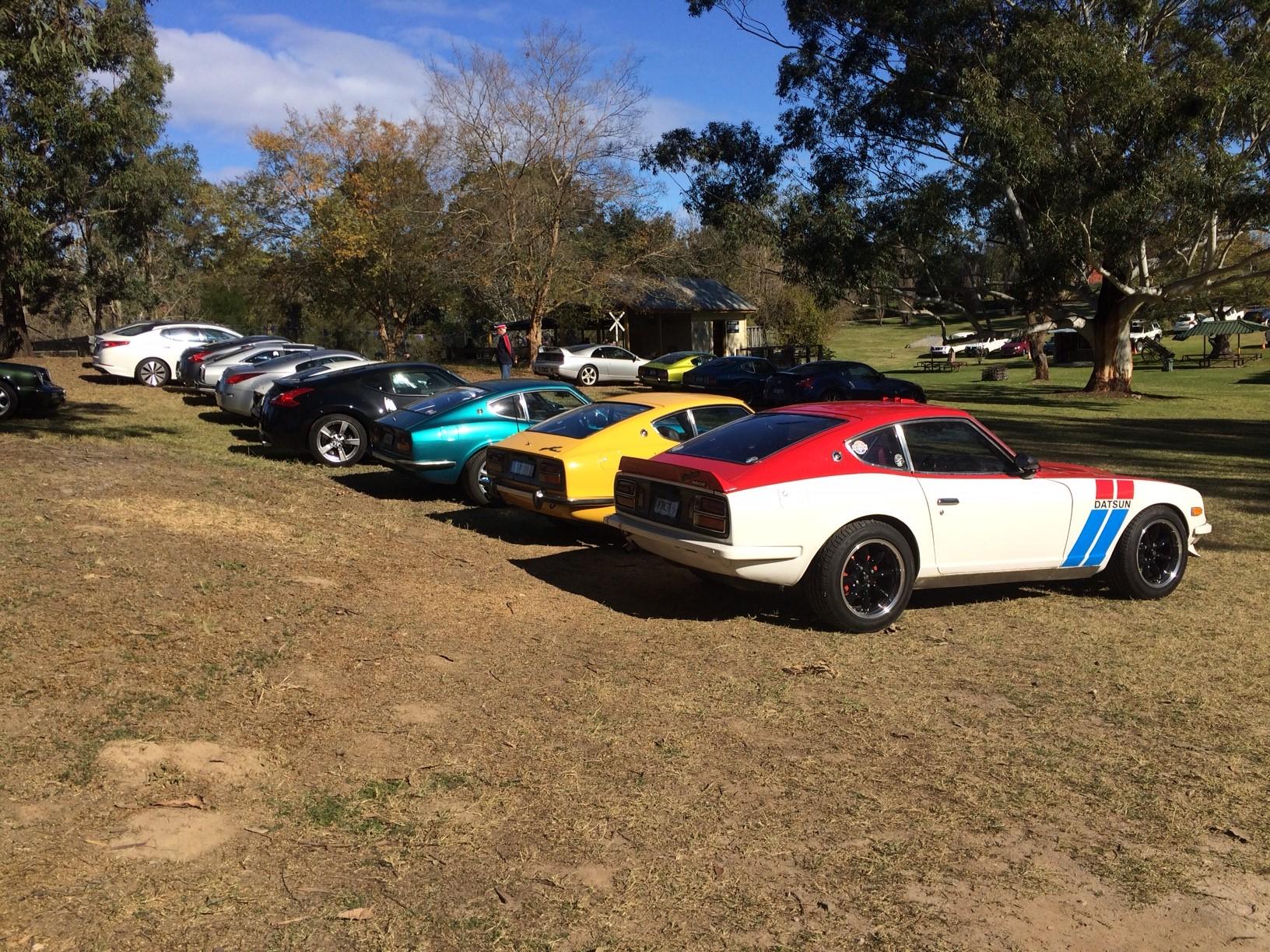 There was a convenient coffee van alongside where the club members had parked. After more coffee and a catchup – it was time to inspect the buildings of the Pioneer Village. The village had recently expanded with a substantial increase in the displayed buildings (all historically accurate). Staff were dressed in “period” costumes and there were some interesting side exhibitions – including knitting and weaving demonstrations , hay rides and a miniature railway (ride – on for children). 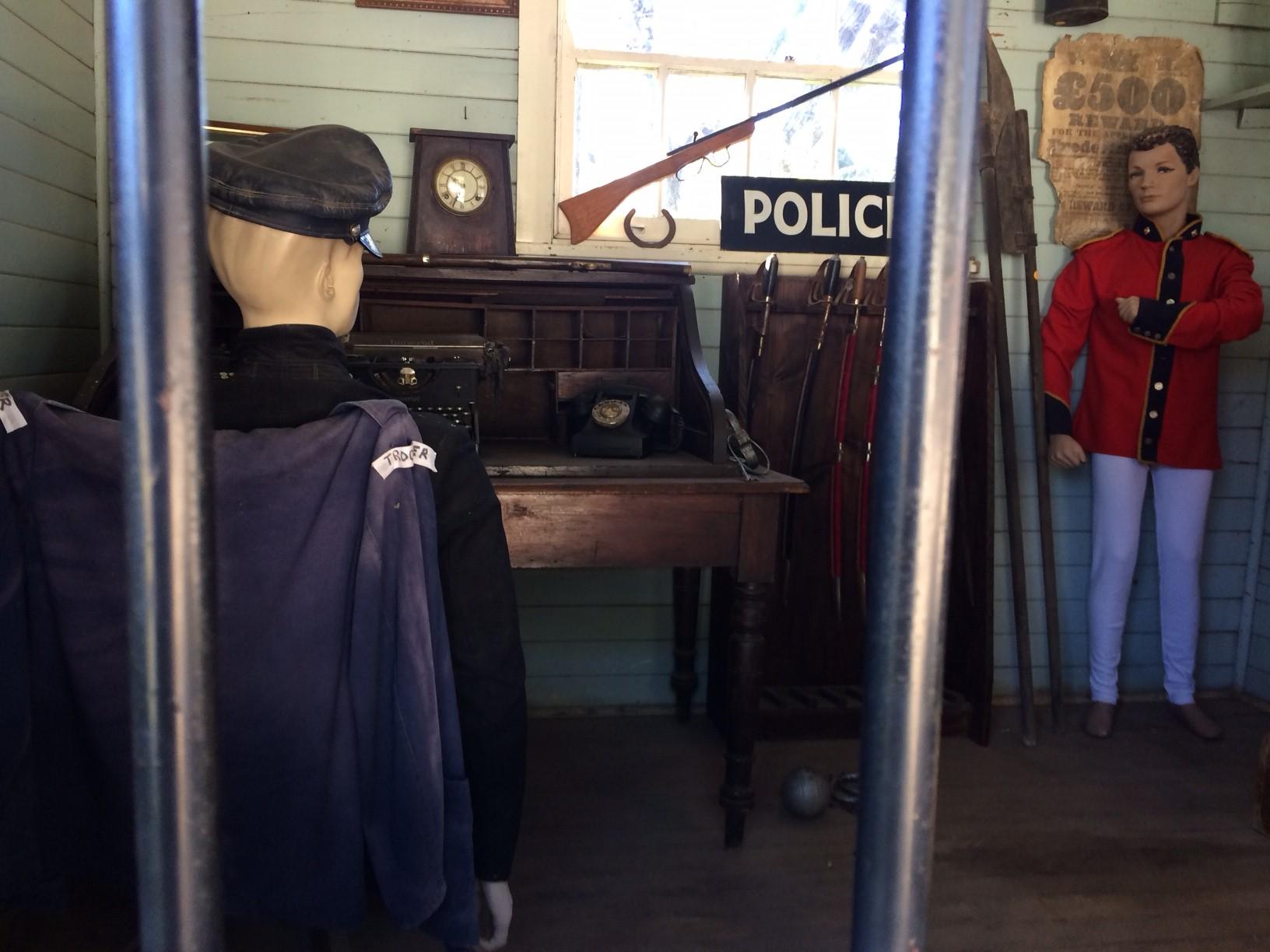 To fully inspect all the exhibits can take some time (and some walking!). Hot food is also readily available along with sweets etc.

It was after 12.30pm and time to progress to the Windsor RSL Club for lunch. This was only a short ten minute drive away. The club provided a pleasant, relaxing environment after the rawness of the Pioneer Village. Ray had some concerns as he had only booked for 20 people. 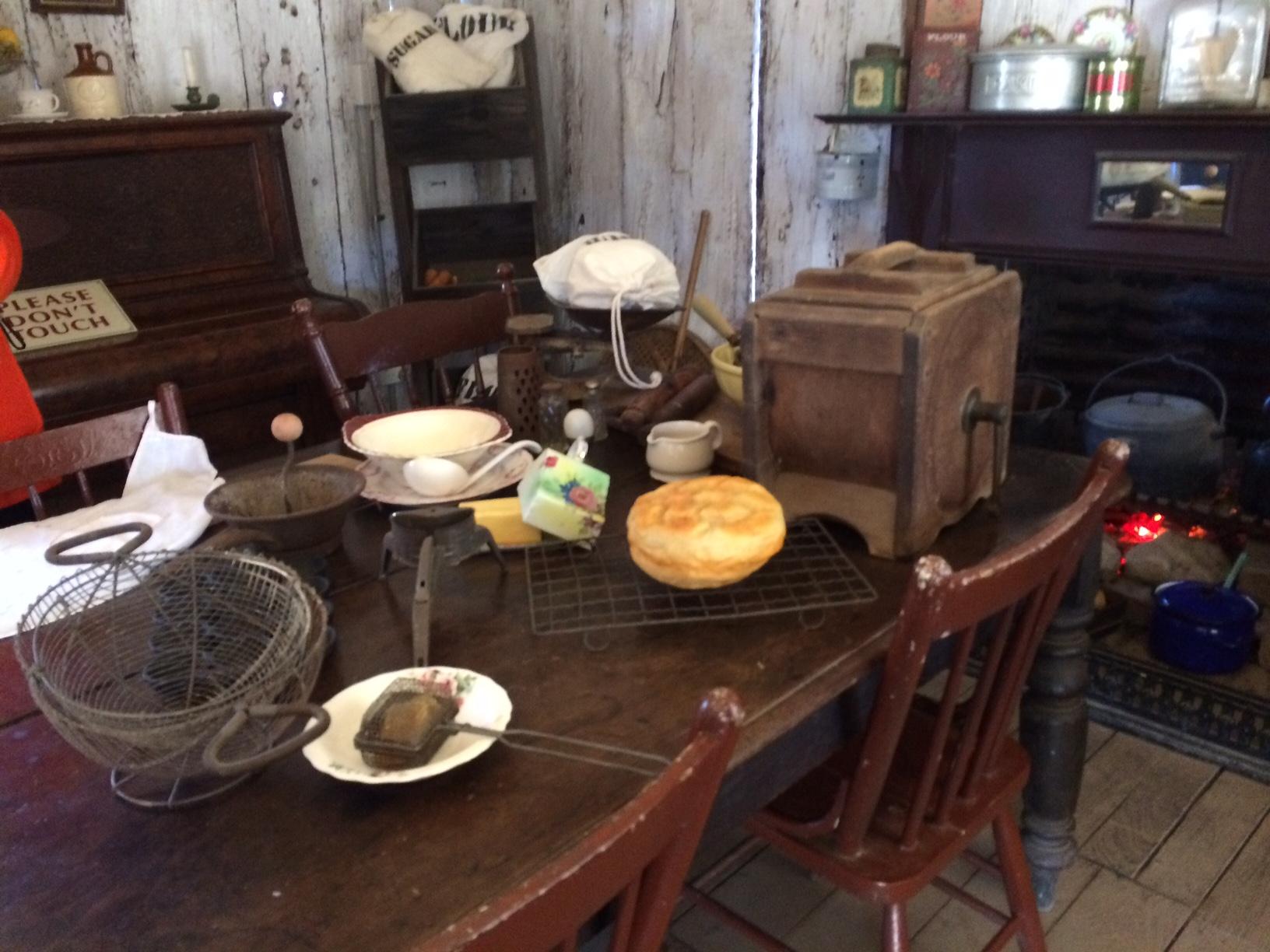 The restaurant staff were going to seat the remaining members in another room , but the members took the initiative and bundled a number of spare tables and chairs together – solving the problem. As members had noted (from previous e-mails) meals at the Windsor RSL were very well priced, and, as it turned out were also of an excellent standard. 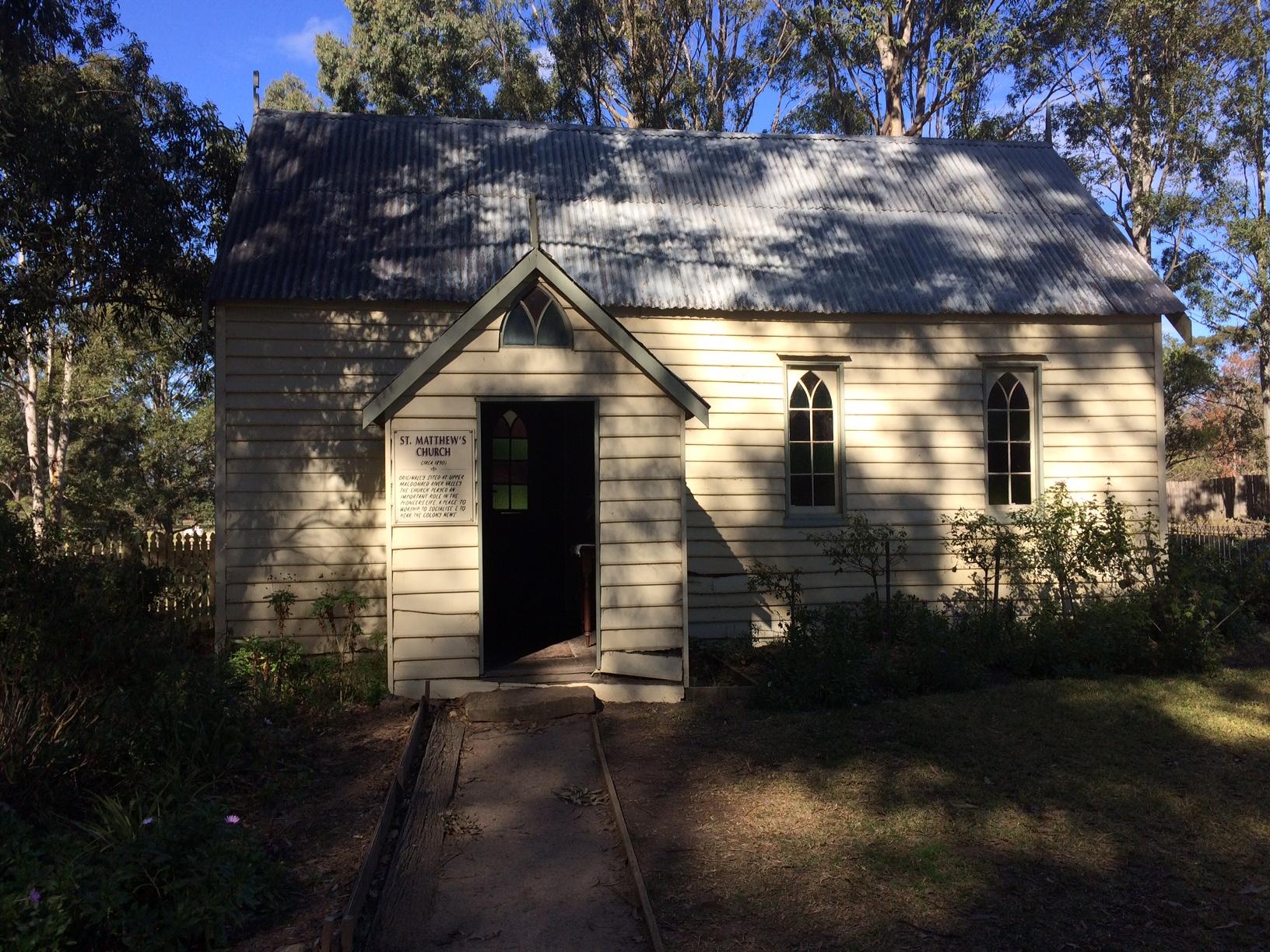 Around 2.30pm, members and guests began to give their farewells and start to leave. It had proven to be a very interesting and relaxing day, with the usual good company, good quality meals and an exceptional turnout of members, families and guests. 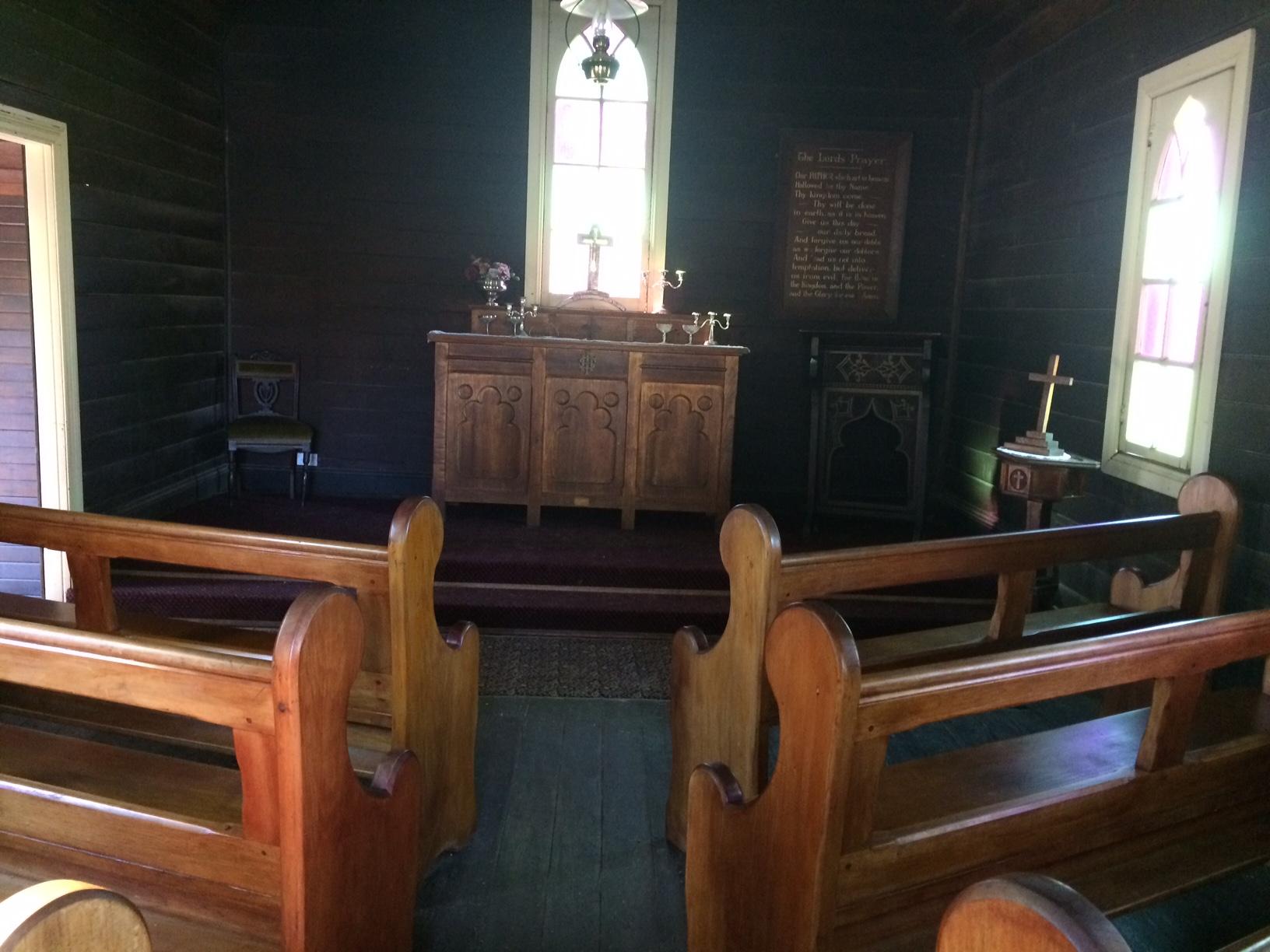